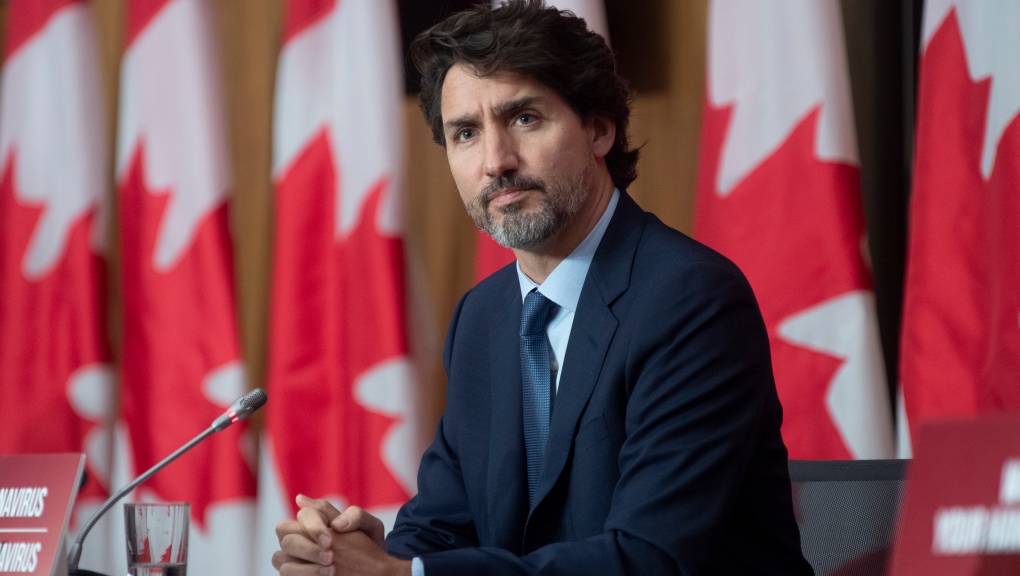 Prime Minister Justin Trudeau listens to a question during a news conference Friday October 9, 2020 in Ottawa. THE CANADIAN PRESS/Adrian Wyld

OTTAWA -- Prime Minister Justin Trudeau has blasted opposition parties for continuing their effort to dig into the WE Charity issue, and says his government is instead focused on helping Canadians through the COVID-19 pandemic.

The comments follow Conservative calls for a new anticorruption committee in the House of Commons to take over several parliamentary probes into a multimillion-dollar federal program for students that the government chose WE Charity to manage in the spring.

New Democrats have also proposed a special committee that would dive into the government's various responses to COVID-19, including the now-defunct Canada Student Services Grant.

Both parties' calls come as opposition parties have indicated they plan to resurrect the earlier probes at the Commons' finance and ethics committees, among others, which were suspended for months when Trudeau prorogued Parliament in August.

The prime minister sidestepped questions Tuesday about whether he would support having one special committee continue the investigation into WE, suggesting instead that the issue is closed for the government and its priority is dealing with COVID-19.

"We are entirely focused on this second wave of COVID-19," he said. "We will continue to stay focused on what we need to do to support Canadians facing a very difficult time right now."

He went on to criticize the Conservatives, in particular, saying: "We have an awful lot of work to do and we're going to continue doing it. ΓÇª The opposition can focus on whatever it is they want. We will stay focused on Canadians."

The prime minister noted he personally appeared before one Commons committee in July to answer questions about WE, and that the federal government released thousands of pages of documents about the grant program.

Partially redacted, the documents appeared to support the Liberals' assertion that federal public servants recommended WE run the $500-million grant program. Yet they also suggested the bureaucrats were pushed toward WE by their political masters.

Following complaints from the opposition, the House of Commons' non-partisan law clerk criticized the government for blacking out too much of the documents.

The Conservatives have vowed to continue probing the arrangement with WE as well as the Trudeau family's links to the Toronto-based youth charity at the federal ethics and finance committees if the anticorruption committee is not created.

The New Democrats have similarly indicated that although they would prefer a single committee look at the WE deal along with other aspects of Ottawa's COVID-19 response, such as efforts to secure enough personal protective equipment, they are prepared to use other committees.

Opposition parties accused Liberal MPs last week of filibustering to prevent the ethics committee from obtaining documents detailing the speaking fees that have been paid to members of Trudeau's family over the years, including those from WE.

Trudeau on Tuesday appeared to dismiss suggestions his office was behind any attempt to stop the committee's work, saying: "We will stay focused on Canadians while we let committees do their work independently."

This report by The Canadian Press was first published Oct. 13, 2020.