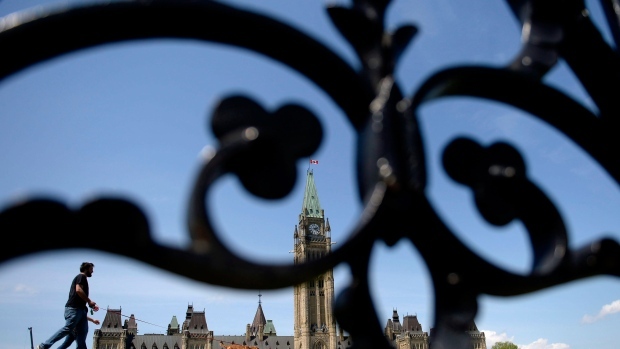 Political Ottawa -- long a bastion of male-dominated power relationships -- is no stranger to inappropriate behaviour against women, no matter their stature, with social media being the most common source of complaints.

TORONTO -- The federal government has been ordered to pay $1.12 million in legal fees for a segregation class action in a judgment critical of Ottawa's arguments for paying less.

In awarding the costs to representative plaintiff Jullian Reddock, Superior Court Justice Paul Perell rejected the government's contention that the requested fees were unreasonable or excessive.

"If anything, it is the pot calling the kettle black for the federal government to submit that class counsel over-lawyered the case," Perell said.

The fee award comes in a class action involving the placement of inmates in administrative solitary confinement. Lawyers from McCarthy Tetrault and Koskie Minsky were involved.

Reddock launched the action in March 2017. He said he had sometimes spent days without leaving his cell and that he binged on an anti-anxiety drug.

In August, Perell awarded the thousands of class members $20 million in damages, with the right of individual complainants to push for higher amounts depending on their circumstances.

"The Correctional Service operated administrative segregation in a way that unnecessarily caused harm to the inmates," Perell said.

Reddock requested $1.24 million to cover the legal costs of his successful fight. The government, however, claimed the fees were "disproportionate and excessive."

In its submissions, Ottawa argued a substantial cut was warranted because the Reddock lawyers from McCarthy Tetrault were also involved in a separate segregation class action against the government. That lawsuit, with Christopher Brazeau as one of the representative plaintiffs, involved mentally ill inmates placed in administrative segregation.

The lawyers' decision to separate the lawsuits was "duplicative" and the litigation approach "unreasonable," the government maintained.

Perell, however, rejected the arguments, noting among other things that the government did not say what costs would have been reasonable or how much it spent on its own lawyers.

"When an unsuccessful party does not file a bill of costs but alleges over-lawyering, courts are very skeptical about the allegations," Perell said.

It would appear, the judge said, that Ottawa spent at least as much, if not more, on lawyers than did the plaintiff.

The two class actions, Perell said, were substantively different and Ottawa's claim to the contrary was unjustified. Nor could it be said that pressing them as a single suit would have been more efficient, he said.

"The federal government was quite happy to take ironical and inconsistent approaches in advancing its defences and playing one case off against the other," Perell said. "It takes irony and hypocrisy for the federal government to say there were efficiencies to be achieved."

Perell did reduce Reddock's requested fees by $113,000 for a sliver of counsel overlap he found in the two cases.

Critics argue the practice can cause severe psychological harm and amounts to cruel and unusual punishment, facts that Perell -- and other courts -- have accepted. Ottawa has said legislation that takes effect Nov. 30 will alleviate the problem.