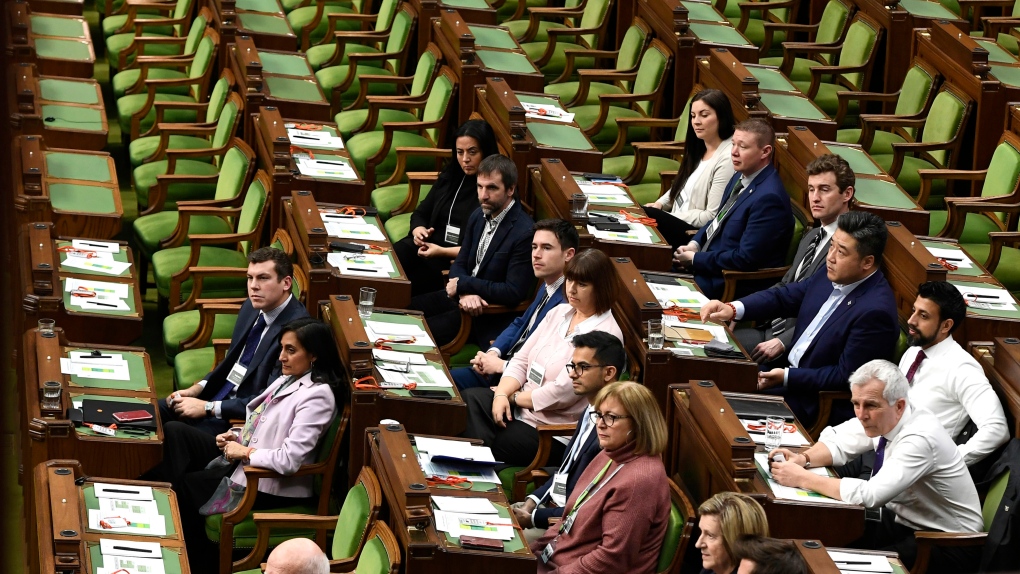 New Members of Parliament attend a "Working in the Chamber" orientation session in the House of Commons on Parliament Hill in Ottawa, Tuesday, Dec. 3, 2019. THE CANADIAN PRESS/Justin Tang

OTTAWA -- After much debate and concern of double-dipping, MPs have agreed to designate a third vice chair role at all Commons committees, but won’t be allowing MPs to claim the salary top-up that comes with it if they have additional responsibilities on more than one committee.

The MPs that sit on the Procedure and House Affairs Committee— the House committee that oversees parliamentary affairs—voted on Tuesday to allow for a third vice chair role on top of the current chair and two vice chair positions to be designated at each of the more than two dozen House of Commons standing committees.

These spots will, depending on the committee, go to members of the Bloc Quebecois and New Democrats, given the breakdown of seats in the minority Parliament.

As the rules dictate, currently vice chairs receive a top-up on their MP salaries of $6,200, which is exactly half the amount the each House of Commons chairperson receives. The Conservatives had raised concern that providing the salary top-up to the third vice-chairs would mean around $167,400 additional taxpayer dollars would be spent.

Vice chairs at House of Commons committees serve as replacements and preside over meetings when the Chair is unable to attend, and attend the sub-committee meetings where the agenda is planned for the larger committee. House committees are where legislation is scrutinized, and studies are undertaken into a wide range of topics, from natural resources and international trade, to justice and Indigenous affairs.

NDP MP Rachel Blaney was the first to propose adding a third vice chair, with a salary, stating that it was about "encouraging a House of Commons that reflects the Canadian election results and collaboration among the parties to get things done for Canadians."

Her argument was that since this formula for the full third vice chair roles was provided for, for MPs in the third and fourth party standings in the Commons around the table of the Conservative's special Canada-China committee, it could be a model for all committees.

The compromise reached, and presented in a motion by Liberal MP Mark Gerretsen, was that the Board of Internal Economy—the panel of MPs that oversees the workings of the House of Commons—change the rules to state that MP's $178,900 salary would be reduced by $6,200 when an MP holds more than one of these additional committee positions, "so that the member may only receive one vice chair salary, regardless of how many vice chair positions they hold."