MPs vote to give feds' assisted-dying bill approval in principle, off to committee 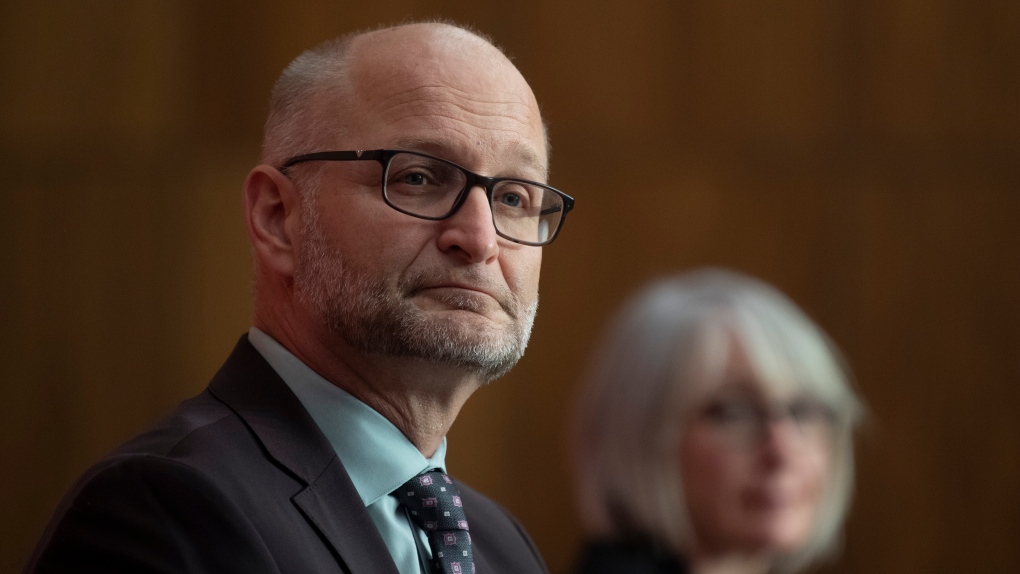 Justice Minister David Lametti and Minister of Health Patty Hajdu listens to a speaker during a news conference Monday October 5, 2020 in Ottawa. THE CANADIAN PRESS/Adrian Wyld

OTTAWA -- Over the objections of dozens of Conservatives, the House of Commons gave approval in principle Thursday to a bill that would make it easier for dying Canadians to get medical help to end their suffering.

Conservatives, including Leader Erin O'Toole, were the only MPs to vote against the bill, which passed by a vote of 246-78.

O'Toole had given his MPs the right to vote according to their consciences. While some Conservatives supported the bill Thursday, nearly two-thirds of O'Toole's 121-person caucus did not.

The bill now moves on to the House of Commons justice committee for further scrutiny and possible amendments.

In a statement after the vote, O'Toole said he may yet support the bill if it's amended to include "reasonable safeguards to protect the vulnerable."

"My vote on this bill is informed by my own personal experience with my mother in palliative care and my legal examinations of safeguards to protect the vulnerable," he said.

O'Toole added that a Conservative government led by him would "not revisit the issue of the right to access assisted death."

However, O'Toole courted social conservatives during his party's recent leadership contest by vowing to protect the rights of those who refuse to perform or refer patients for services that violate their consciences -- a move that would restrict access to assisted dying.

Last year, the Ontario Court of Appeal ruled unanimously that doctors who have moral objections to providing health services like abortion or assisted death must provide patients with an "effective referral" to another doctor. The court ruled "there is compelling evidence that patients will suffer harm in the absence of an effective referral."

During opening debate on C-7, a number of Conservatives argued that the bill fails to protect conscience rights.

The bill would amend the law on medical assistance in dying to bring it into compliance with a Quebec court ruling last fall -- a ruling many Conservatives have argued should have been appealed to the Supreme Court.

The ruling struck down a provision in the law that restricted access to assisted dying to those whose natural death is reasonably foreseeable.

For those deemed to be near death, the government is proposing to drop the requirement that a person must wait 10 days after being approved for an assisted death before receiving the procedure. It would also reduce the number of witnesses needed to one from two.

It also proposes to drop the requirement that a person must be able to give consent a second time immediately before receiving the procedure.

That provision is in response to high profile cases in which people approved for an assisted death have been forced to end their lives sooner than they wanted for fear that they would lose the mental capacity to give final consent immediately before receiving the procedure.

In an apparent reference to that provision, O'Toole said, "I support the use of advanced directives but within the context of a stronger set of safeguards."

Under the bill, people whose death is not reasonably foreseeable would face higher hurdles.

Such people would face a minimum 90-day period for assessments of their requests for an assisted death. One of the two medical practitioners who assesses a request would have to have expertise in the person's particular medical condition. And the person would have to be able to give final consent immediately before the assisted death.

The bill would also explicitly ban assisted dying in cases where mental illness is the sole underlying medical condition.

Thursday's vote marked the second time this week that a spotlight has been shone on O'Toole's efforts to straddle the divide between social conservatives and more moderate members of his caucus.

On Wednesday, the Commons gave approval in principle to a bill outlawing conversion therapy, a widely discredited practice aimed at altering a person's sexual orientation or gender identity.

O'Toole himself voted in favour of the bill, as did most Conservative MPs.

But seven of his MPs voted against it, two abstained and eight others made it clear they were supporting it only grudgingly for now, in hopes that it will be amended by the Commons justice committee. Others, including former leader Andrew Scheer, simply didn't show up for the vote.

Some Conservatives have expressed fears the bill would outlaw conversations between parents and their children or counsel from religious leaders. O'Toole himself has said "reasonable amendments" are necessary to clarify that point.