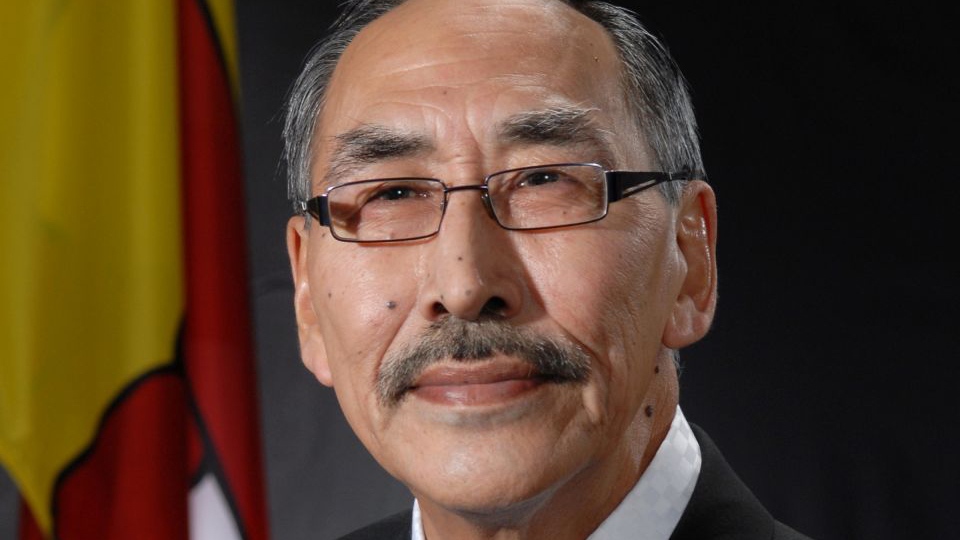 IQALUIT, Nunavut -- A longtime Inuit politician has been chosen as the fourth premier of Nunavut.

"I am out of words," was Paul Quassa's first statement after spending Friday answering questions from his fellow members of the legislature as to why they should vote for him.

Quassa then delivered a brief thank-you in Inuktitut.

"I am honoured to lead Nunavut and guide our shared vision for the territory," Quassa said in a statement.

"I am humbled by my fellow members' belief in me, eager to begin the work ahead and meet my counterparts across the country."

Under Nunavut's consensus-style government, the premier is chosen by members of the legislature following a general election, which was held Oct. 30.

The legislators also choose members of cabinet, who are assigned their portfolios by the new premier. There are no political parties and the members not in cabinet serve as a kind of opposition to scrutinize legislation.

Quassa has been a member of Nunavut's legislative assembly since 2013 and most recently served as education minister.

But he has a long career in Inuit politics behind him. He was one of the negotiators of the 1993 Nunavut Land Claim and was elected in 1999 as head of the group that oversees that claim.

His term with Nunavut Tunngavik Inc. was interrupted over concerns over more than $20,000 in credit card expenses. He was reinstated after he repaid the money.

Quassa, who is from Igloolik, has worked with Isuma Productions, the film and video company that produced the movies "Atanarjuat" and "The Journals of Knud Rasmussen." He is also a former CBC broadcaster.

It was his second run at the premier's chair. He lost in 2013 to Peter Taptuna, who chose not to run in the recent election.

By many measures, Taptuna left the territory in better shape than when he took office.

The books remain balanced. Three mines are now producing and several others are moving forward. The Conference Board of Canada predicted 4.9 per cent growth for Nunavut this year, which would outpace the Canadian average.

Still, familiar problems remain. Nunavut is short about 3,000 homes and overcrowding is one reason tuberculosis rates are 50 times the southern average.

Suicide is also an epidemic. Taptuna declared it a crisis and appointed a high-ranking bureaucrat to oversee a new prevention strategy that includes a social media focus.

The territory's education system remains stuck between English and Inuktitut, producing graduates that many say function well in neither language. Taptuna's government -- with Quassa as education minister -- failed to pass legislation that would have created Inuktitut schools.

Quassa's government faces negotiations with Ottawa on a deal that would give the territory jurisdiction over its lands and resources, similar to what provinces enjoy.

And tough talks with the federal government over a carbon tax that many northerners argue is unfair will also be a challenge.

Quassa, his cabinet and Speaker Joe Enook are to be formally sworn in on Tuesday.