It's official: Trudeau to become PM on Nov. 4 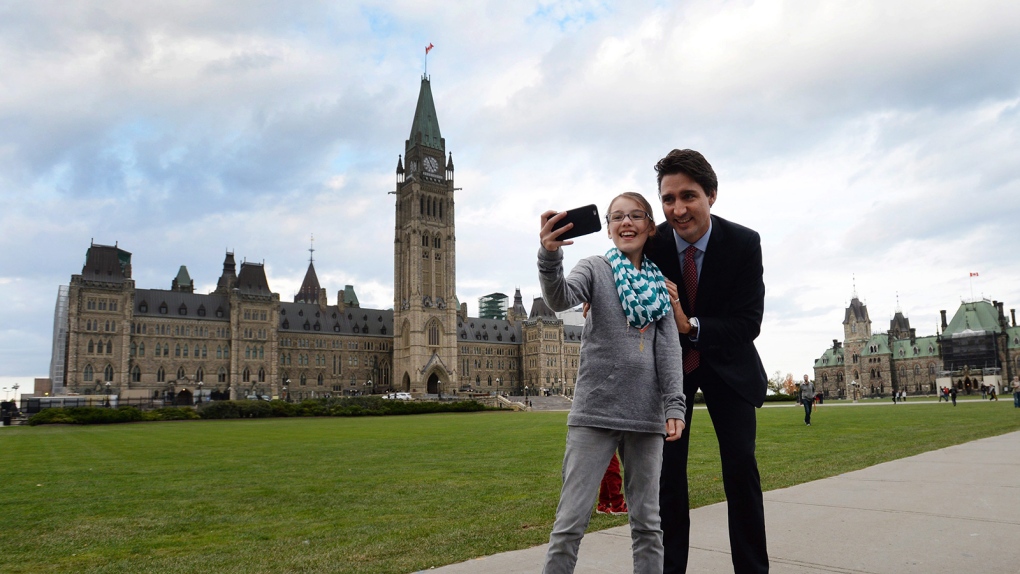 Prime Minister-designate Justin Trudeau stops to have a selfie taken as he makes his way from Parliament Hill to the National Press Theatre to hold a press conference in Ottawa on Tuesday, Oct. 20, 2015. (Sean Kilpatrick / THE CANADIAN PRESS)

OTTAWA - The Governor General's office has made it official: David Johnston will preside over the swearing in of the new Trudeau government next Wednesday morning.

Trudeau and what is expected to be a 25-member cabinet will be sworn in at Rideau Hall, with members of the public invited to watch Trudeau and other members of Parliament arrive for the event.

The Liberal leader announced last week during his first news conference as prime minister-designate that he would take office Nov. 4.

The swearing-in ceremony, beginning at 10:30 a.m. ET, will be followed by an official photo session with the Governor General, Trudeau and the new government ministers.

Whoever becomes industry minister at the ceremony will also take on responsibility as the country's registrar general, and be presented by the Governor General with the Great Seal of Canada.