Half of aboriginal families on reserve could miss new child benefit 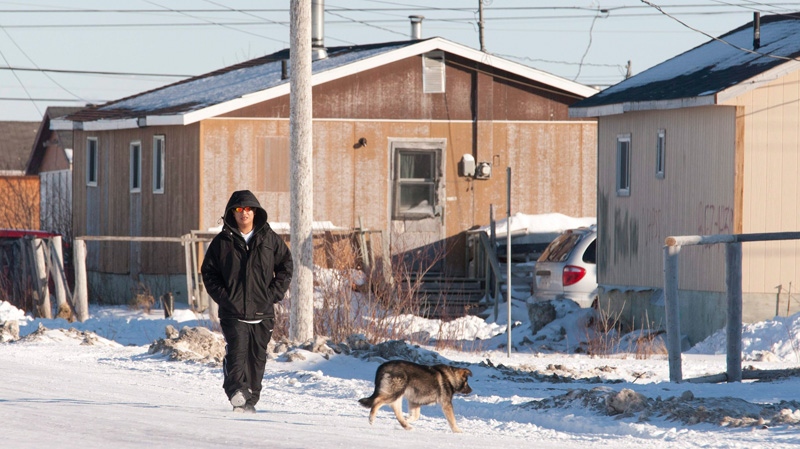 OTTAWA -- Half of the country's aboriginal families living on reserve could miss out on the federal government's new child benefit aimed at raising hundreds of thousands of Canadians out of poverty.

Tax returns are the basis for calculating how much a family receives under the new benefit and internal government estimates peg the tax filing rate on reserves at about 50 per cent.

That means millions intended to help indigenous children could end up left in the federal treasury.

Families Minister Jean-Yves Duclos said Tuesday that the government is trying to raise awareness of the benefit in indigenous communities.

"They have larger family sizes -- so more children -- and second, they live in more difficult circumstances -- most of them, not all of them of course -- but on average, indigenous families struggle more to meet the needs of their children," he said.

"For those two reasons, the (benefit) would be -- will be -- making...a very important impact in their lives."

Census statistics now five years old suggest that there are about 44,000 children living in poverty on reserves -- a number that departmental officials believe has only increased in the intervening years.

The government defines who is living in poverty by using an income threshold. On reserves, families who meet that criteria are on average about $9,000 under the cut-off, while elsewhere families are $5,200 under.

The new non-taxable, income-tested child benefit rolls out Wednesday with the average family receiving about $2,300 under a program that was a cornerstone of the Liberals' campaign platform.

The Liberals predict the benefit will cut the child poverty rate in Canada to 6.7 per cent from 11.2 per cent by this time next year once families feel the full effect.

Federal officials estimate almost 300,000 children and 200,000 adults will see their family income rise to above the low-income cut off as a result.

The Finance Department said 3.3 million out of 3.8 million Canadian families will receive more under the new program, based on income tax and benefit data.

But Conservative critic Karen Vecchio said some families may find they receive less, including workers who lost their jobs in the last few months, which won't be reflected in their 2015 income tax returns.

"A number of people have lost their jobs and aren't finding that assistance that they need and they (the Liberals) are going to have to recognize the child benefit is not going to be there to replace their employment income," Vecchio said in a recent interview.

She said child benefits should be seen as the missing link in a larger push to help those less fortunate, including efforts to spur more private sector job creation.

The government will be able to see in the short-term whether its poverty reduction calculations are accurate, but Duclos said there are longer term outcomes the government plans to monitor to determine success.

They include whether the new benefit allows for more children to access post-secondary education and land jobs, as well as whether their parents are more easily able to enter the workforce.

"We want to see whether over time -- as we expect it will happen, with greater equality, greater inclusion -- the various labour market outcomes for our younger citizens will be more equal, so children and families will have greater equality of opportunity when it comes to being fully included in our society," Duclos said.