Former MP Nathan Cullen looking to run for B.C. NDP in next election 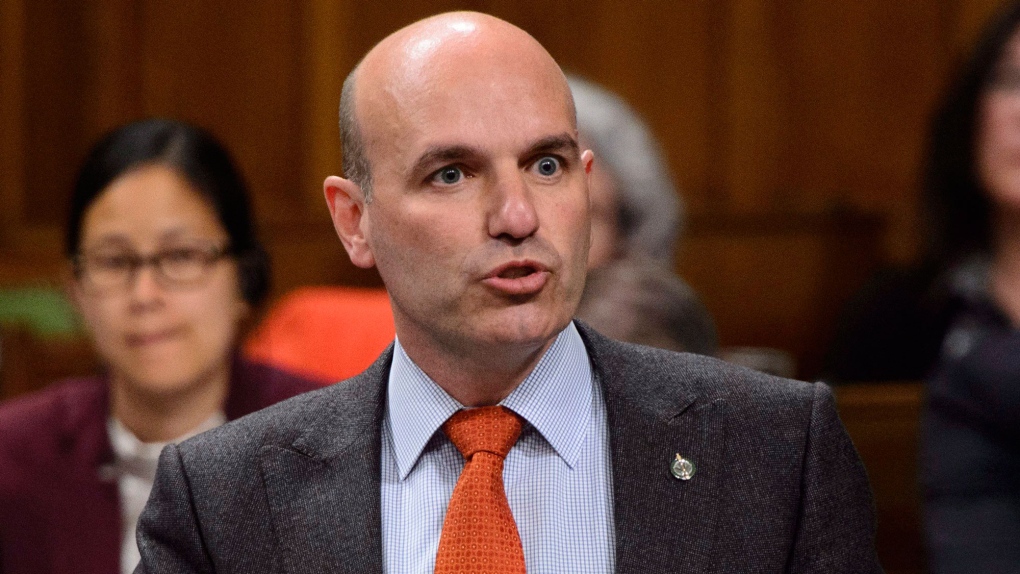 NDP MP Nathan Cullen stands during question period in the House of Commons on Parliament Hill in Ottawa on Tuesday, June 5, 2018. THE CANADIAN PRESS/Sean Kilpatrick

SMITHERS, B.C. -- A former high-profile federal British Columbia politician is the latest in a growing number of New Democrats looking to make the switch to provincial politics for the next election.

Nathan Cullen, who represented the federal riding of Skeena-Bulkley Valley from 2004 until 2019, announced he will seek the nomination to represent the NDP in the riding of Stikine and replace Forests Minister Doug Donaldson.

Donaldson is not seeking re-election -- one of six provincial cabinet ministers who aren't going to run again.

Cullen was previously hired by the B.C. government to work as a liaison between the province and the Wet'suwet'en hereditary chiefs during the protests over the Coastal GasLink pipeline.

He is the third former federal New Democrat to announce they're running for the B.C. NDP in the next provincial election.

Murray Rankin, who represented Victoria for seven years, said Wednesday that he would look to run in the Oak Bay-Gordon Head riding, held by former Green leader Andrew Weaver, who is stepping aside.

Former Port Moody-Coquitlam MP Fin Donnelly has been acclaimed as the NDP candidate for Coquitlam-Burke Mountain.

The announcement comes after B.C.'s minister of mental health and addictions said Thursday she won't seek re-election, joining a string of senior cabinet ministers who are bowing out of provincial politics.

Judy Darcy, who represents New Westminster in the legislature, says in a statement that it's been an "enormous privilege" to serve as B.C.'s first-ever minister of mental health and addictions.

She added that she's proud of the way B.C. has worked to tackle both the COVID-19 pandemic and the ongoing overdose crisis.

Before being elected as a New Democrat to represent New Westminster in 2013, Darcy worked for the Canadian Union of Public Employees.

There has been speculation that Premier John Horgan is considering calling an early election after he recently said the circumstances have changed since the NDP struck an agreement with the Green caucus three years ago to form a minority government.

The next election is scheduled to be held in October 2021.