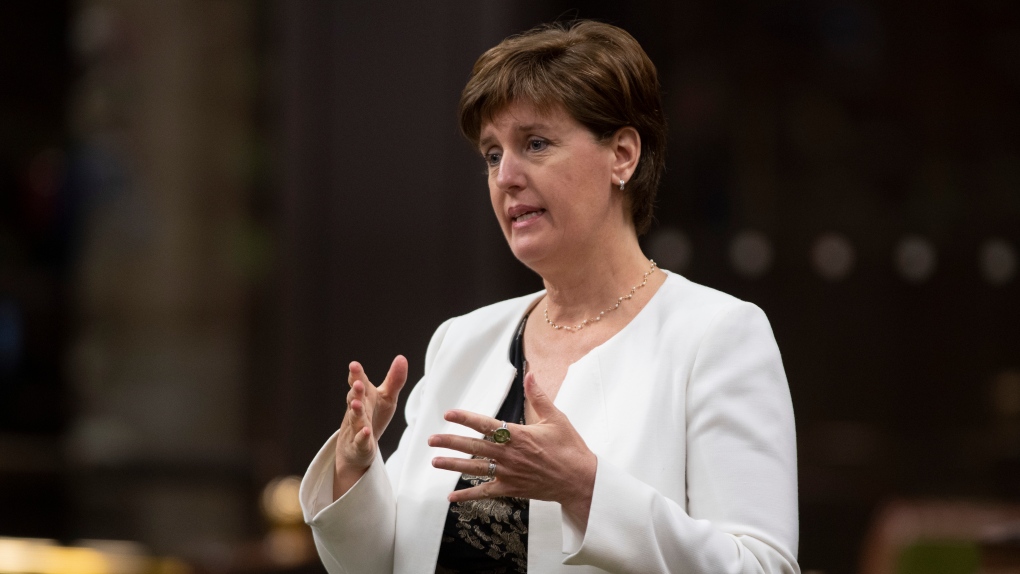 Minister of Agriculture and Agri-Food Minister Marie-Claude Bibeau rises during a sitting of the Special Committee on the COVID-19 Pandemic in the House of Commons, in Ottawa, June 3, 2020. THE CANADIAN PRESS/Adrian Wyld

The money follows a previously announced $1.75 billion for the dairy sector linked to free trade deals with Europe and countries on the Pacific Rim.

Those funds were to flow over eight years, and the first $345 million payment was sent out last year.

But on Saturday Bibeau announced a schedule for the remaining payments that will see the money allocated over three years.

The dairy, poultry and egg industries in Canada are regulated to ensure a steady income for farmers in that sector, but Canada's foreign trade partners argue the system is protectionist.

That made the trio of industries a sticking point in three separate trade deals Canada has concluded in recent years -- CETA, the Comprehensive and Trans Pacific Partnership Agreement (CPTPP) and the Canada -- United States -- Mexico Trade Agreement (CUSMA).

Trading partners wanted more Canadian access for their products, which Canadian suppliers said would result in massive hits to their bottom line.

The Liberals' March 2019 budget had in turn allocated up to $3.9 billion in compensation for the trade concessions made on supply management.

The funds announced by Bibeau Saturday are linked only to CETA and the CPTPP.

She said the government remains committed to providing full compensation for the CUSMA as well.

Bibeau said the most recently announced funds for dairy farmers amount to an average farm of 80 cows receiving a direct payment of $38,000 in the first year.

The money for egg and poultry farmers will go into 10-year programs, with the details still being hammered out, Bibeau said.