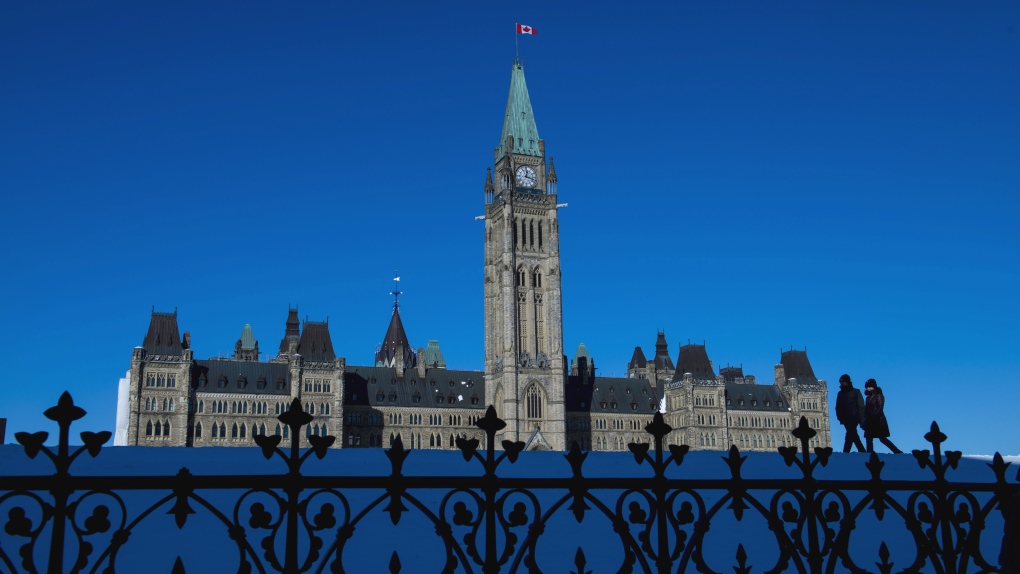 The federal government ran a deficit of $5.8 billion over the first six months of its 2019-20 fiscal year compared with a surplus of $1.2 billion in the same period last year. People make their way along Parliament Hill in Ottawa on Wednesday, Nov. 13, 2019. THE CANADIAN PRESS/Sean Kilpatrick

OTTAWA -- The federal government ran a deficit of $11.0 billion over the first nine months of its 2019-20 fiscal year.

In its monthly fiscal monitor, the Finance Department says revenue for the April-to-December period totalled $246.0 billion, up from $239.3 billion a year ago, boosted in large part to an increase in personal income tax revenue.

Program expenses for the nine-month period totalled $238.6 billion, compared with $221.1 billion from the same period a year earlier.

Public debt charges increased to $18.4 billion compared with $17.9 billion a year earlier, due to higher consumer price index adjustments on real return bonds and a higher average effective interest rate on the stock of Government of Canada treasury bills.