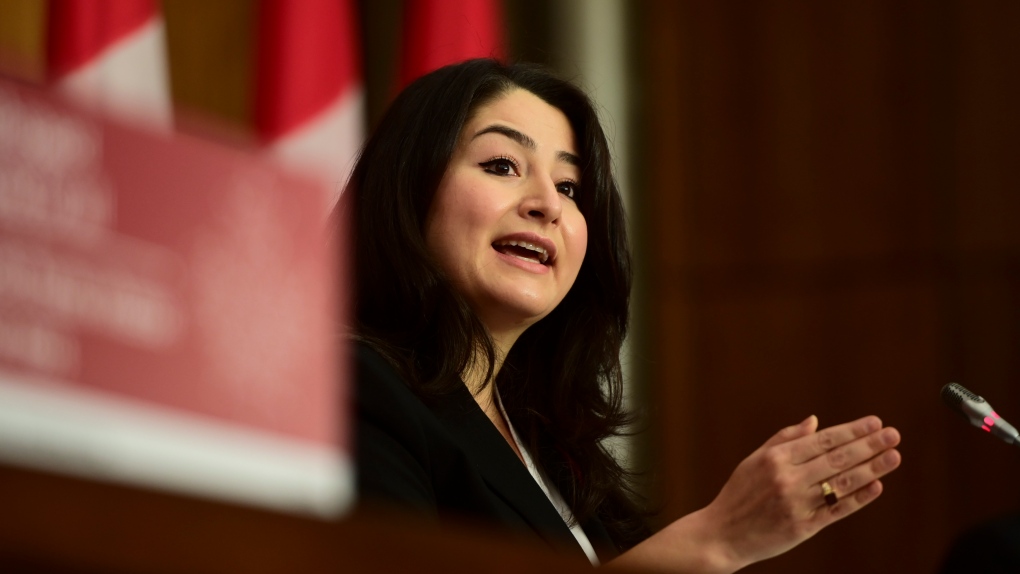 Minister for Women and Gender Equality and Rural Economic Development Maryam Monsef speaks during a press conference on broadband internet in Ottawa on Monday, Nov. 9, 2020. THE CANADIAN PRESS/Sean Kilpatrick

TORONTO -- With the Liberals winning another minority government, but several individual seats still yet to be decided, here’s a look at some of the prominent individual riding results of the 2021 federal election:

• Chrystia Freeland, minister of finance and deputy prime minister, was re-elected over the NDP’s Nicole Robicheau in the Toronto riding of University-Rosedale.

• Sean Fraser, the parliamentary secretary to the minister of finance for middle class prosperity, re-elected in the Nova Scotia riding of Central Nova over Conservative Steven Cotter.

• Liberal Jenica Atwin, who was elected for the Green Party in 2019 but crossed the floor in June, won a nail-biter over Conservative Andrea Johnson in the New Brunswick riding of Fredericton. For much of the evening, Atwin trailed in the count, but pulled ahead late.

• Maryam Monsef, the minister for women and gender equality and rural economic development, lost her seat to Conservative Michelle Ferreri in the Ontario riding of Peterborough-Kawartha.

• Minister of Seniors Deb Schulte lost her seat in the Ontario riding of King-Vaughan to Conservative Anna Roberts.

• Liberal Lenore Zann lost to Conservative Stephen Elllis in the Nova Scotia riding of Cumberland-Colchester. Lenore, a former NDP MLA and leadership candidate for the party, crossed to the Liberals in 2019 and won the federal seat.

• Leader Erin O’Toole defeated Liberal Jonathan Giancroce in the Ontario riding of Durham with about 50 per cent of the vote.

• Leader Jagmeet Singh retained his seat in the Burnaby South riding, fighting back a challenge by Liberal Brea Huang Sami.

• Leader Yves-Francois Blanchet was re-elected in the riding of Beloeil-Chambly with about 54 per cent of the vote, defeating Liberal Marie-Chantal Hamel.

• Leader Maxime Bernier was defeated by Conservative incumbent Richard Lehoux in the Quebec riding of Beauce.

• Former leader Elizabeth May retained her seat in the B.C. riding of Saanich-Gulf Islands, taking 38 per cent of the vote ahead of Conservative David Busch.

Another minority government. Now what?

Green Party in tatters, with glimmers of hope, after disappointing election finish

5 political rookies to watch in the 44th Parliament

Don Martin: Sooner or later in this status quo mandate, Justin Trudeau will take his walk in the snow

Tom Mulcair: Voters sent a chastened Trudeau back to his job with a stern warning

Here's what Trudeau's Liberals have promised for their third term