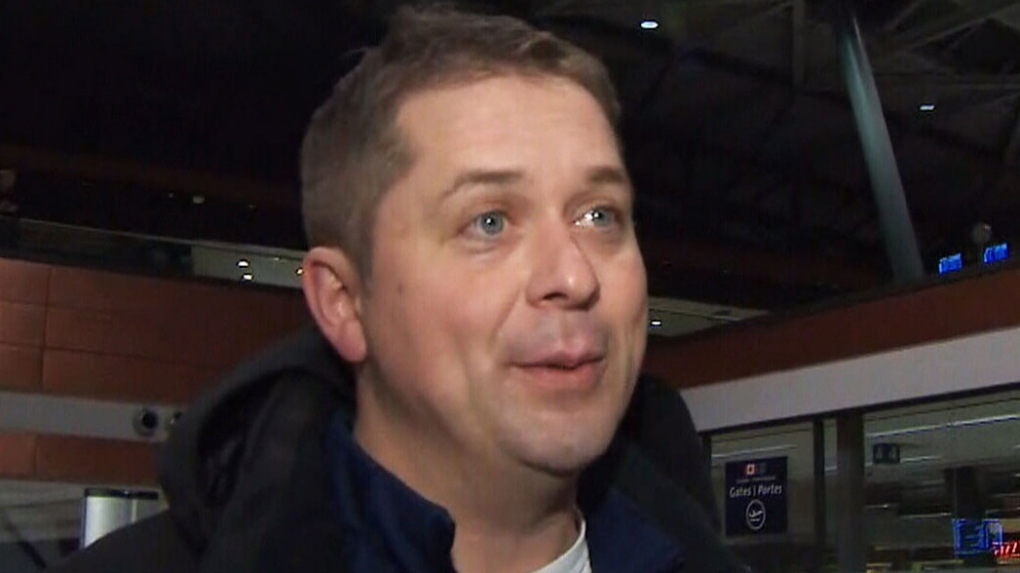 TORONTO -- Conservative Leader Andrew Scheer says travel expenses he racked up ahead of the federal election were “partisan expenses” that were paid for by his party.

Scheer, who announced his resignation last week, is under investigation by the Conservative party’s governing body over expenses filed this year. Reports suggest that Scheer filed more than $900,000 in expenses for the fiscal year, roughly $700,000 above their usual amount, although that amount has not been confirmed by CTV News.

Asked on Friday about the amount and whether he plans to pay back some of those expenses, Scheer repeatedly refused to get into specifics.

“But I can just tell you that all the travel I did in the summer, that was partisan in nature. We did not charge the taxpayer, we charged to the party funds, which is what Justin Trudeau should’ve done for his summer too,” Scheer told CTV’s Kevin Gallagher at the Ottawa International Airport.

Scheer would not say if he is involved in a review of the expenses.

“I don’t have anything to add at this time on that. But as I said, for the funds that were used for partisan travel this summer, those were paid for by party funds,” he said.

Scheer announced last week that he is resigning as leader of the Conservative party. On the same day, it was revealed that Scheer used party funds to help cover the difference in cost for private schooling for his children in Ottawa versus the cost of schooling in Regina.

The party said those expenses were above board and were associated with “being a national leader.” But some fellow Conservatives have called on Scheer to repay those funds.

Scheer has said he will stay on as leader of the Conservatives until a new leader in chosen next year.

With files from CTV’s Kevin Gallagher and Rachel Aiello