Five keys things Harper's Conservatives must do to win on Oct. 19 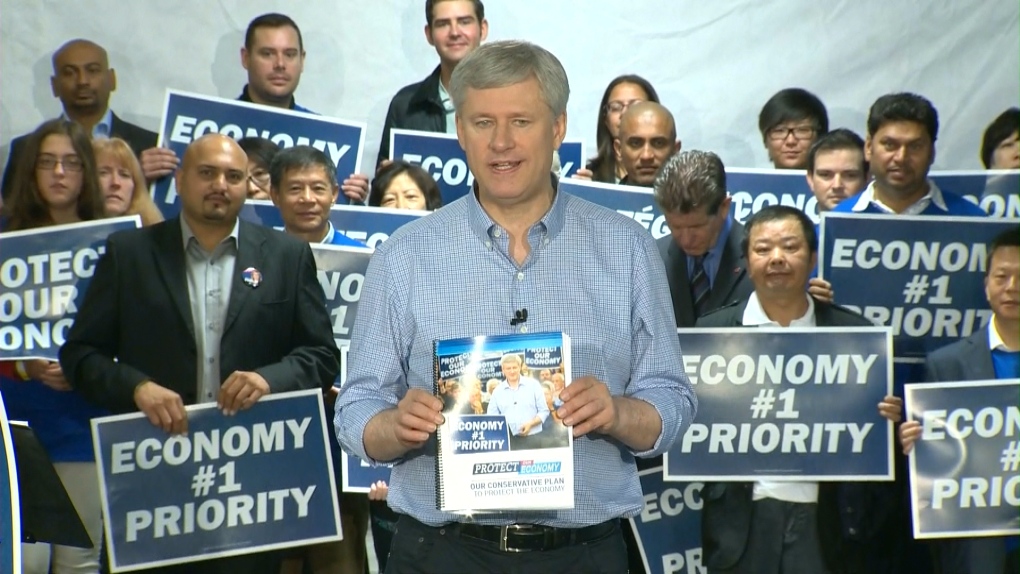 OTTAWA -- Stephen Harper's Conservatives are hoping to win their fourth consecutive mandate, a feat last accomplished by Sir Wilfrid Laurier in 1908. At almost 10 years in power, the usual best-before date for governments in Canada, they're bucking a strong sentiment among Canadians that it's time for a change.

Nevertheless, Harper has managed to keep the Conservatives in contention throughout the marathon election campaign, with polls suggesting they're running just ahead or just behind the Liberals.

Here are five key things Conservative strategists believe the party must do to emerge victorious on Oct. 19.

1. Frame the ballot question. Conservatives want voters to go into the polls thinking about which leader they want at the helm during troubled economic times.

To that end, the party will continue to cast the choice as being between Harper, a steady, experienced hand at the tiller, and Liberal Leader Justin Trudeau, who is, in the words of every Conservative attack ad, "just not ready."

2. Ensure voters understand that there are consequences to change, spelling out how things would change for the worse should Trudeau form government. The party has already started carpet bombing the airwaves with ads that directly contrast Harper's plan with Trudeau's: Harper will lower your taxes, Trudeau will raise them, Harper will balance the books, Trudeau will run deficits, and so on.

3. Control the campaign narrative. Party strategists insist the Harper team wants the final week of the campaign to focus on economic leadership. However, the party has been knocked off message repeatedly throughout the campaign by various events, most recently by controversy over Harper's determination to ban Muslim women from wearing face-covering veils during the citizenship ceremony.

And, in Quebec at least, where banning the niqab is most popular, the party seems happy to continue stoking that issue. It has launched a new ad accusing Trudeau, who opposes the ban, of being disconnected from Quebecers' values. Insiders note, however, that this is an online ad only, with nowhere near the money or air time that's being devoted to the television ads contrasting Harper's and Trudeau's economic plans.

4. Close the gender gap. The party is more popular with men than women (while the Liberals have the reverse problem). In the past, the Conservatives have won when they've equalled or bested the Liberals at attracting female voters.

5. Get out the vote. The Conservatives have the most sophisticated machine for identifying supporters, micro-targeting niche segments of the population, and ensuring they actually cast ballots. The focus in the final week will be on two crucial battlegrounds without which the Tories believe they can't win re-election: the 905 belt around Toronto and lower mainland British Columbia. They are locked in two-way battles with the Liberals in both regions.