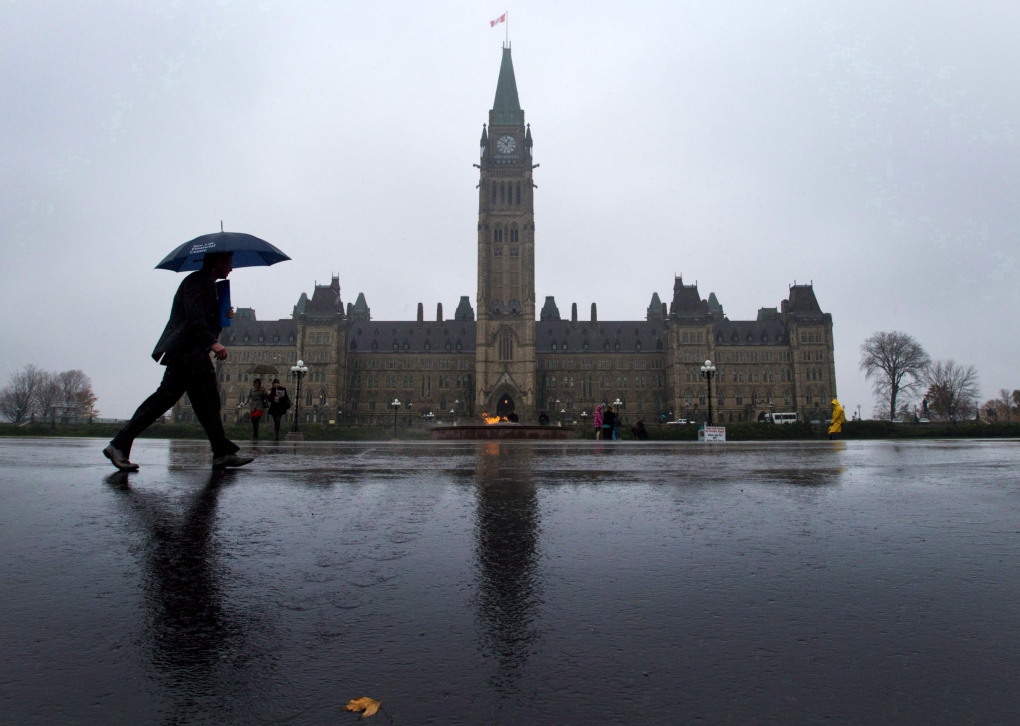 Parliament Hill is seen in Ottawa on Oct. 31, 2013. (Sean Kilpatrick / THE CANADIAN PRESS)

OTTAWA -- As the very existence of the Senate is called into question over less than $1 million in allegedly improper spending by 30 senators, more than double that number of MPs have been accused over the past five years of mis-spending more than quadruple that amount.

Yet unlike the Senate, there have been no external audits, no suspensions, no referrals to the police, no criminal investigations, no charges laid, and no auditor general poring over the minutiae of how MPs spend taxpayers' dollars.

Transgressions by MPs have been handled solely by the secretive, multi-party board of internal economy, which polices House of Commons spending and typically demands only that the improperly spent funds be reimbursed.

"When you look at those cases (involving MPs) and actually what happened, it's breach of trust," Clement said in an interview.

"I would suggest that every one of those could be supported under a criminal charge."

Since 2010, the board has demanded reimbursement from:

The board entirely missed the case of former Liberal cabinet minister Joe Fontana, who was convicted last year of fraud, breach of trust and uttering a forged document after using his parliamentary budget to pay for a banquet hall for his son's wedding. That came to light through media reports years after the fact.

The board has also ruled that former Bloc Quebecois leader Gilles Duceppe wrongly used parliamentary resources to pay the $100,000-plus annual salary of his party's director general for six years. However, it did not demand reimbursement in that case because, it concluded, the rules governing the use of parliamentary resources were not clear at the time.

The rules have since been clarified but not sufficiently to prevent a nasty dispute over NDP MPs' subsequent use of parliamentary resources.

The NDP has launched a court challenge to the rulings against its MPs, charging that the board is a "kangaroo court" motivated by partisanship and insisting that a real, impartial tribunal would clear them.

Yet no party has welcomed putting MPs' spending under the same impartial microscope senators' spending has undergone at the hands of auditor general Michael Ferguson.

New Democrats and Liberals both insisted Monday that they've proposed opening the door to the auditor general's involvement in overseeing MPs' expenses but both parties' proposals fall short of the inviting the kind of scrutiny senators have undergone.

The NDP has proposed committee hearings, in which the auditor general would fully participate, to create an independent oversight body to replace the board of internal economy.

And the Liberals have proposed requiring the auditor general to conduct performance audits of both houses of Parliament every three years and eventually developing guidelines for when more in-depth, value-for-money audits, such as the Senate has just undergone, should be conducted.

Clement said there's only one reason parties reject opening their books for the auditor general: "You've got something to hide."

The damning findings of Ferguson's comprehensive two-year audit of 117 current and former senators are set to be released Tuesday. Leaked details show he found nine senators' expenses egregious enough to warrant referral to the RCMP and that 21 others claimed ineligible expenses he believes should be repaid. The dubious expenses total just under $1 million.

Sen. David Tkachuk, one of the 21 flagged by Ferguson, was chair of the Senate's internal economy committee when the expenses scandal broke almost three years ago. When the committee first began examining the expense claims of Duffy, Brazeau, Harb and Wallin, Tkachuk said he looked at how the Commons had dealt with the cases of errant MPs.

"We wanted it settled the same. To me, I saw that, if they did it, well, why don't we just ask for our money back? I don't want to see people go to jail if they don't have to," Tkachuk said in an interview.

He finds it frustrating that New Democrat MPs and some Conservatives are now using the expenses scandal in the Senate, which has gone well beyond anything the Commons has ever done to identify and punish transgressors, to fuel demands for abolition of the upper chamber.

"The Senate is the whipping boy. At least they (MPs) can say, 'Well, we go back to the people and if they think we did wrong, they can throw us out,' while we're appointed," Tkachuk said.

"But if we're going to be a whipping boy ... it should be comparative to what other institutions would have as, not necessarily punishment, but as criticism. I can find a million bucks mis-spent in the government probably every week and I think most people could."