Don Martin: Will next CPC leader be a Liberal reign-ending nightmare? 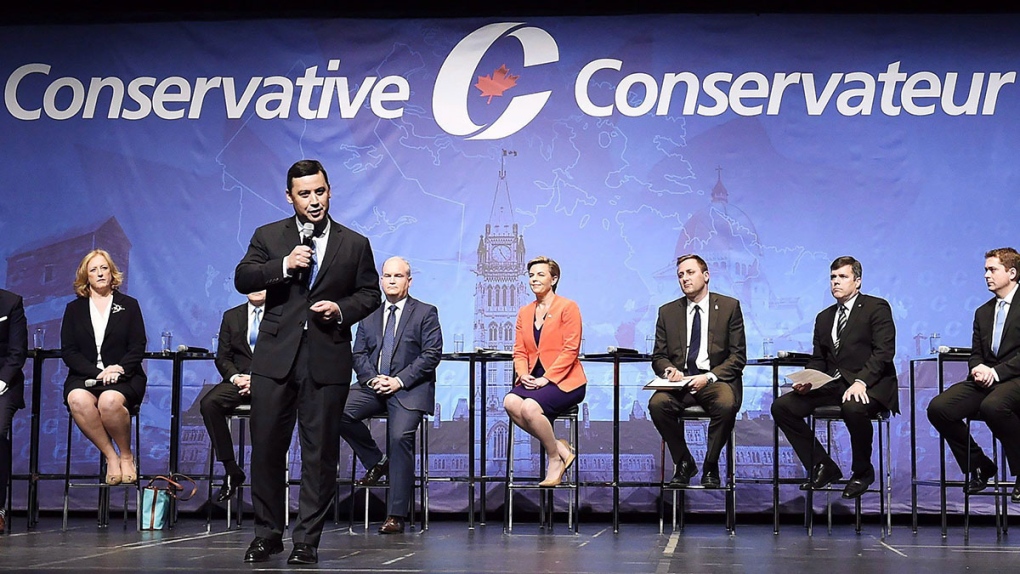 It's easy to ridicule Conservative fortunes as this baker's dozen of leadership hopefuls prepare to sell themselves as Prime Minister Justin Trudeau's worst political nightmare.

Half of them have no business being on the stage tonight and their speeches are merely a self-promotional payoff for that $100,000 race entry fee.

And there are no Trudeauesque types among the serious contenders. They will never be swarmed by selfie-seekers or be worthy of cardboard cutouts in foreign embassies. Even if they jogged by in slow-motion playing a kazoo, none of them would attract a second glance from kids posing for prom photos.

Charisma does not ooze anywhere in this leadership lineup - and that will become jarringly apparent when the winner rises in the Commons next week to stand in unfavorable contrast to formidable interim leader Rona Ambrose.

But never underestimate the ability of popular governments to defeat themselves within a single term or for struggling opposition leaders to find their feet and rise above expectations when you least expect it.

Then there are always dynamics at play which are entirely unforeseeable because governing is the art of being subject to change without notice.

A strong NDP leader would steal seats from the Liberals in the 2019 election, perhaps reducing them to a minority or worse.

If Trudeau continues his infatuation with say-nothing style over unfulfilled substance, a staid Conservative leader with solid ideas might become abruptly appealing to the electorate.

Or the public's embrace of soaring deficits could become intolerable to voters who see very little bang for borrowed bucks that will be repaid by their grandchildren.

Despite the delusional aspirations of the NDP, this is still a country where power alternates between the Liberals and the Conservatives.

The Conservatives still have a rock-solid base of voter support. They have a high-octane fundraising machine. And they have plenty of high-caliber MPs who have a lock on their seats.

As the speeches and voting roll out over the next two days, in what is mostly a charade given the winning candidate is already ordained in the preferential ballot-tabulating computer, look beyond the low-hoopla convention.

The winner is still the most likely politician in Canada to serve as the next prime minister.

And while they may appear a Trudeau dream opponent now, the nature of politics means they have plenty of potential to become a Liberal reign-ending nightmare in two years.

And that's the Last Word…