Over four years, the federal watchdog doled out more than $23,048 on team-building trips in the Ottawa area.

These events appear to violate federal rules that say hospitality is only provided when business meetings, training or events "extend beyond normal working hours."

Michael Ferguson, who was appointed auditor general in 2011, defended his office's actions.

"Half of the day is all about business and the other half is ways for them to connect with their team," Ferguson told CTV’s Ottawa Bureau Chief Robert Fife.

"We are very careful to make sure we select locations that offer us good prices," he added.

Over the last four years, the oversight agency has spent more than $107,110 on "annual update" luncheons outside the workplace for their 600 staffers

“It’s another way for employees to feel connected to the whole office and not just the group,” Ferguson said.

And another $12,401 was spent on employee-appreciation lunches.

"Which is essentially a pizza lunch, so everyone gets a few slices of pizza to recognize they are contributing," said Ferguson.

On Parliament Hill, the expenses raised a few eyebrows among MPs.

All of the expenses are on the Auditor General’s website, although they’re not tallied up for easy reference. 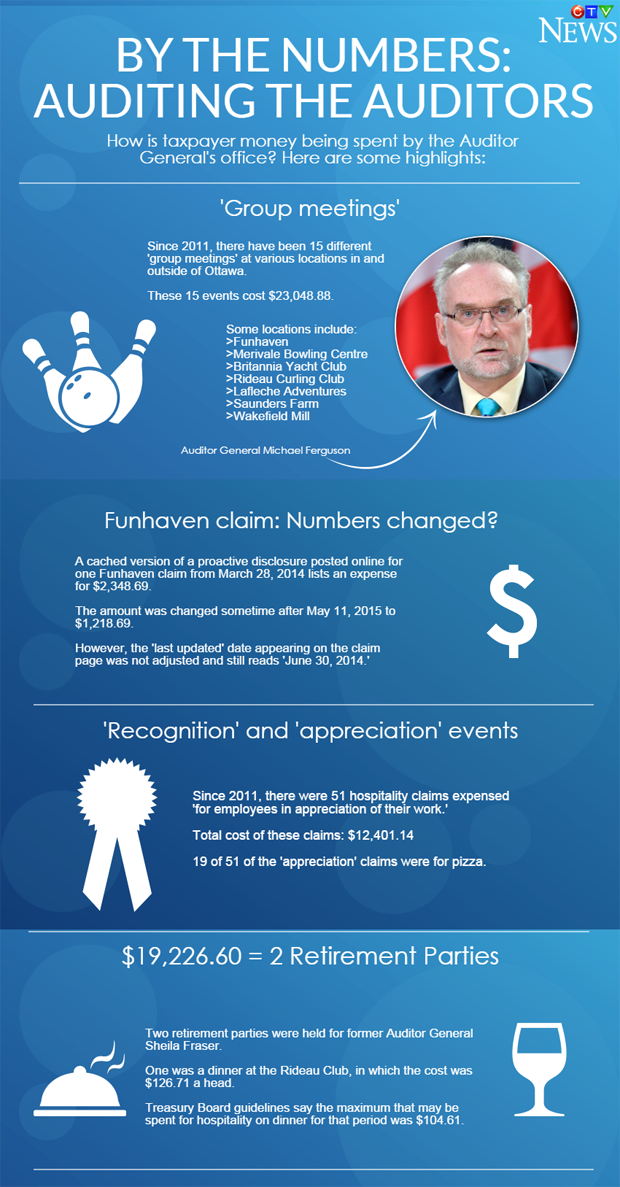