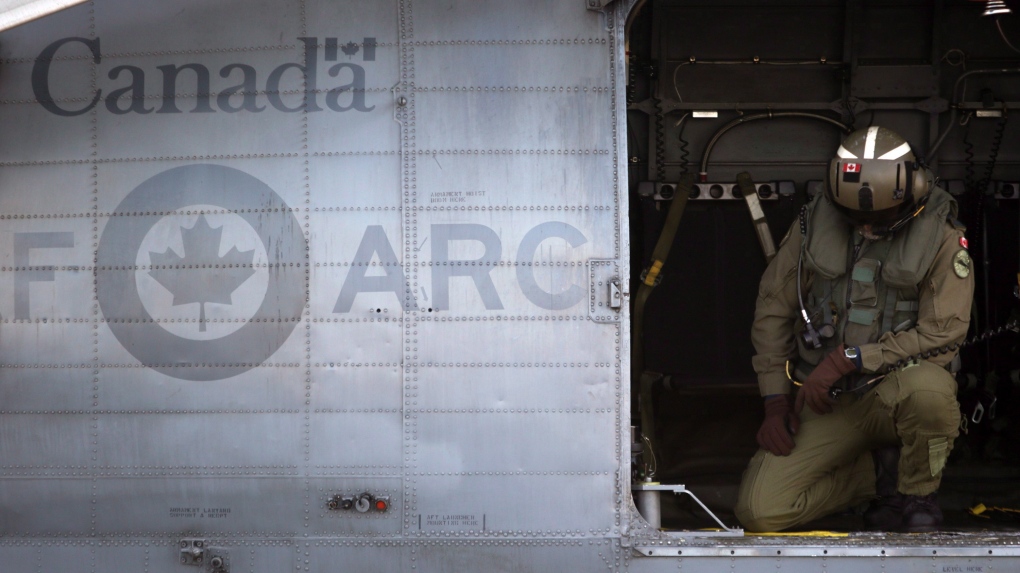 OTTAWA -- A shortage of experienced pilots is forcing the Royal Canadian Air Force to walk a delicate line between keeping enough seasoned aviators available to train new recruits and lead missions in the air.

Air force commander Lt.-Gen. Al Meinzinger described the balancing act during a recent interview with The Canadian Press in which he also revealed many pilots today are likely to have less experience than counterparts in similar positions 10 years ago.

Much of the problem can be traced back to veteran aviators leaving for commercial jobs, or other opportunities outside the military, forcing senior commanders into a juggling act over where to put those still in uniform.

"So it's a bit of a delicate balance. And when you're in a situation where you don't have as much experience, broadly speaking, you've got to balance that very carefully. Hence the idea of retaining as much talent as we can."

Fixing the problems created by the shortage will become especially critical if the air force is to be ready for the arrival of replacements for the CF-18s.

Meinzinger said such transitions from one aircraft to another are particularly difficult -- the RCAF needs to keep the same number of planes in the air to fly missions and have senior aviators train new pilots, while still sending seasoned pilots for training on the incoming fleet.

"Ideally you want to go into those transitions very, very healthy with 100 per cent manning and more experience than you could ever imagine," Meinzinger said.

While he is confident the military can address its pilot shortage in the next few years, especially when it comes to those responsible for manning Canada's fighter jets, the stakes to get it right are extremely high.

The federal auditor general reported in November that the military doesn't have enough pilots and mechanics to fly and maintain the country's CF-18 fighter jets. Air force officials revealed in September they were short 275 pilots and need more mechanics, sensor operators and other trained personnel across its different aircraft fleets.

There are concerns the deficit will get worse as a result of explosive growth predicted in the global commercial airline sector, which could pull many experienced military pilots out of uniform.

"That's the expectation, that Canada will need an additional 7,000 to 8,000 pilots just to nourish the demands within the Canadian aerospace sector," Meinzinger said. "And we don't have the capacity as a nation to produce even half of that."

Within the military, there also hasn't been enough new pilots produced to replace the number who have left. The auditor general found that while 40 fighter pilots recently left the Forces, only 30 new ones were trained.

The military is working on a contract for a new training program that will let the air force increase the number of new pilots trained in a given year when necessary, as the current program allows only a fixed number to be produced.

Meanwhile, Meinzinger said the loss of more seasoned pilots means others are being asked to take on more responsibility earlier in their careers, though he denied any significant impact on training or missions. He said the military is managing the situation through the use of new technology, such as simulators, to ensure the air force can still do its job.

"There's no doubt commanding officers today in RCAF squadrons, they have probably less flying hours than they did 10 years ago," he said.

"What that (commanding officer) has today is probably an exposure to 21st-century technology and training. So I think that certainly offsets the reduction of flying hours."

Meinzinger and other top military commanders are nonetheless seized with the importance of keeping veteran pilots in uniform to ensure those climbing into the cockpit for the first time have someone to look to for guidance -- now and in the future.

New retention strategies are being rolled out that include better support for military families, increased certainty for pilots in terms of career progression and a concerted effort to keep them in the cockpit and away from desks and administrative work.

Other militaries, notably the U.S., that are struggling with a shortage of pilots have introduced financial bonuses and other measures to stay in uniform. Meinzinger couldn't commit to such an initiative, but did say that "nothing is off the table."

The situation may not represent an existential crisis, at least not yet, but officials know it is one that needs to be addressed if Canada's air force is to continue operating at top levels for the foreseeable future.

"Experience is what allows us to (transfer knowledge) and grow for the future," Meinzinger said. "And that's why I talk about it as being kind of the centre of gravity. In the extreme, if you lose all your experience, you can't regenerate yourself."