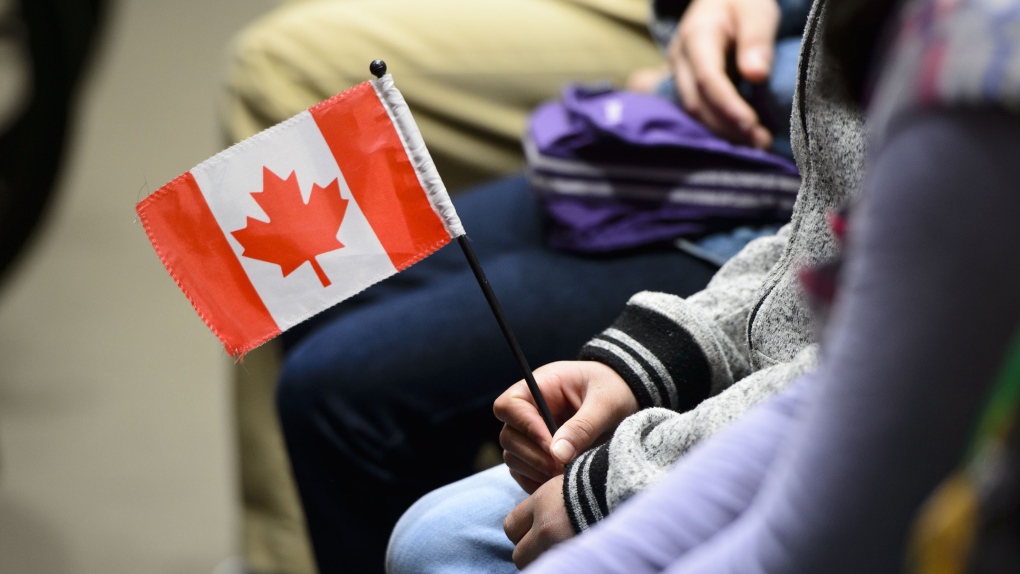 A young new Canadian holds a flag as she takes part in a citizenship ceremony on Parliament Hill in Ottawa on Wednesday, April 17, 2019, to mark the 37th anniversary of the Canadian Charter of Rights and Freedoms. (THE CANADIAN PRESS/Sean Kilpatrick)

OTTAWA -- Canada will seek to admit 401,000 new permanent residents next year, a target that if met would be a historic number of newcomers.

But how realistic that plan is in an era of closed borders, a massive economic downturn and reduced capacity within the federal government to handle applications remains to be seen.

The plan tabled in Parliament did not break out the targets for the various immigration categories, just a low and high range.

Altogether, the target figures represent a marked increase in three-year plans unveiled last March, when the government said it was aiming for just over one million people by 2022.

That plan was released just as the country -- and much of the world -- was closing borders to try to stop the spread of COVID-19.

The global shutdown is likely to result in the number of permanent residents settling in Canada this year to be cut by around half.

In a statement, Mendicino said the three-year plan was built to compensate for this year's shortfall.

But the potential for a relatively low number of newcomers to continue to be admitted is reflected in the numbers.

That figure is below even the original lowest projected intake in the original plan Mendicino unveiled in March, where the government had aimed for between 330,000 and 380,000 new permanent residents in 2021.

This report by The Canadian Press was first published Oct. 30, 2020