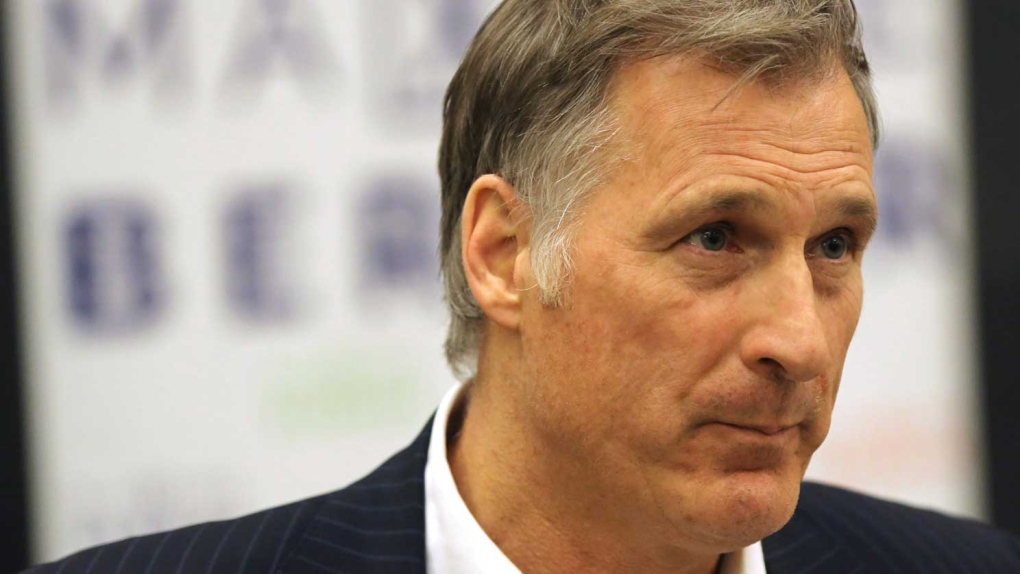 OTTAWA -- Conservative MP Maxime Bernier is rejecting a meeting request from Liberal counterpart Celina Caesar-Chavannes after the pair exchanged barbs on Twitter over issues of race and identity politics.

Caesar-Chavannes apologized to Bernier on Twitter on Tuesday morning after telling him in a tweet posted three days ago to "check your privilege and be quiet" in a heated discussion about funding for minority communities in the budget and whether it is racist to say you want to be colour-blind.

Bernier did not seem open to the idea.

"Thank you for recognizing my right to air an opinion," he wrote back on Twitter. "I don't think we can find much common ground beyond that however. You and (Minister Ahmed) Hussen implied I'm a racist because I want to live in a society where everyone is treated equally and not defined by their race."

Bernier also said everything possible should be done to give everyone equal opportunity, but said defining people based on race, gender and sexual identity and granting different rights and privileges to people based on those definitions "only creates more division and injustice and will balkanize our society."

"I say it's time we Conservatives stop being afraid to defend our vision of a just society made up of free and equal individuals and push back against those who want to silence any opinion that differs from theirs," Bernier said.

Bernier is out of the country and his office says he could not be reached for an interview.

Caesar-Chavannes was unable to do an interview but provided a statement to The Canadian Press.

"I believe that it is important for Canadians to debate and express their views," she said. "Encouraging a fellow parliamentarian to keep silent is not consistent with this principle. I have acknowledged this, and my offer to meet with Mr. Bernier once we're both back in Ottawa still stands. I would welcome the opportunity to continue this important discussion with him in person."

The entire thing started after Immigration Minister Ahmed Hussen tweeted Feb. 28 that the federal budget was historic for "racialized Canadians."

The budget included money for a national anti-racism plan, mental health supports for at-risk black youth and funding to collect better data on race, gender and inclusion in Canada.

On March 2, Bernier responded to say "racialized" was "awful jargon" and accused the Liberals of using it to create division.

"I thought the ultimate goal of fighting discrimination was to create a colour-blind society where everyone is treated the same," Bernier said on Twitter.

Hussen responded by saying the budget was about equality and growth for all Canadians and that the idea of not seeing colour may sound great in theory but doesn't address the realities of racism.

"At best, it allows the CPC to continue to wipe their hands of playing an active role in the work that must be done to eradicate racism (and) at worst it means you are supporting the status quo by denying the very real experiences of people who live with racism every day," he wrote.

Caesar-Chavannes chimed in after that to tell Bernier to do some research about the idea of being colour-blind and that is also when she told him to be quiet.

Edifying comments from a distinguished member of the HoC.

“Please check your privilege and be quiet.”

You are aware we live in a democracy with free speech as one of its building blocks, right? https://t.co/8NygJi45pz