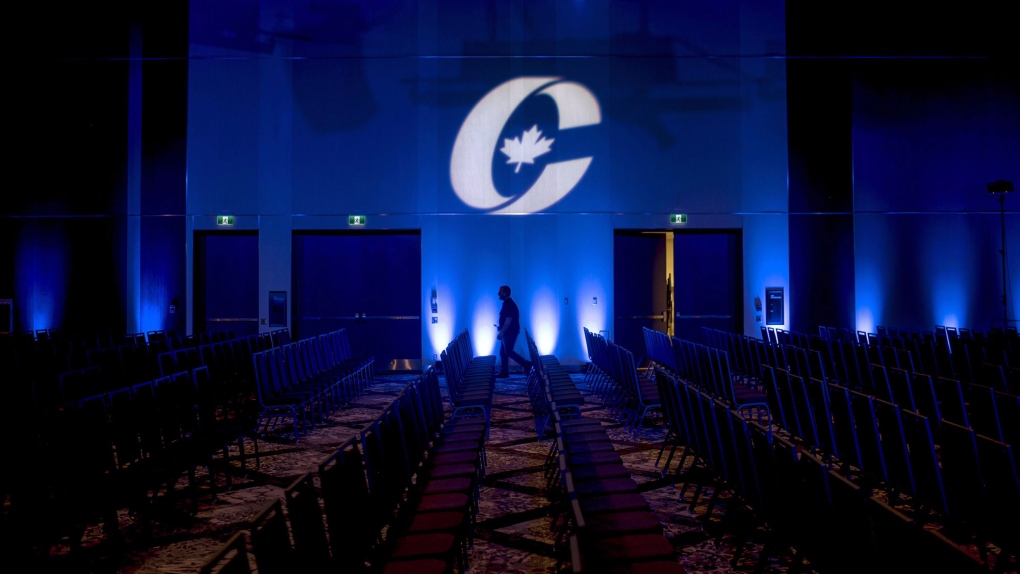 OTTAWA -- New data from Elections Canada offers a glimpse into the fundraising efforts of each Conservative leadership campaign -- and how the battle for donor dollars has tightened leading up to the final results.

Second-quarter contribution numbers for the Conservative party show Erin O'Toole moved ahead of rival Peter MacKay to become the fundraising leader between April and June, bringing in $1.24 million in leadership donations.

But MacKay wasn't far behind, raising $1.16 million over the same period.

Meanwhile, Leslyn Lewis, who is backed by many social conservative groups, more than doubled her fundraising totals compared to earlier in the year, raising $996,000 in donations last quarter, up from about $448,000.

Lewis also attracted more individual donors than the four other candidates this quarter at just over 10,000 contributors, compared to 8,900 donors for O'Toole and 6,800 donors for MacKay.

Some donors may have donated more than once, so these numbers are approximate.

The figures suggest the race remains a showdown between the two perceived frontrunners, MacKay and O'Toole, but they also show Lewis as a strong and surprising contender, says Conservative strategist Tim Powers.

"I don't think she's going to win, but of all the candidates, I think she's the one who has captured the most interest among people in the campaign and maybe has positioned herself very well for future prospects in the Conservative party," Powers said.

The fact that Lewis doubled her fundraising totals and put herself on a level playing field with the two frontrunners financially using a greater number of small donations is reminiscent of former Conservative prime minister Stephen Harper's rise to power, says Stephanie Plante, a political scholar and director of the centre for security, intelligence and defence studies at Carleton University.

"When Stephen Harper first jumped into the Tory leadership race, he kind of had the same argument as her, which is, 'I bring all these $10 and $15 donations from all these people and you can't sleep on that because those $10, $15 donations add up very quickly.' And that's what she's proving."

The numbers also show the Conservatives have been largely successful at maintaining a steady flow of political donations even during the height of lockdowns during the COVID-19 pandemic.

This is noteworthy at a time when millions of Canadians lost their jobs or were thrown suddenly into economic uncertainty, Powers said.

"It's hard to break through that. No leadership campaign in the modern era has had ever to deal with something of this magnitude," he said.

"The fact that they can still raise good amounts of money is a reflection, I guess, of Conservative supporters. But it's not been easy."

As seasoned campaigners, no one should be surprised that MacKay and O'Toole have been able to keep their fundraising numbers up, Plante said.

But without traditional chicken dinners and glad-handing events, thanks to COVID-19 restrictions, the Conservative candidates have shown they are using newer techniques to tap into their supporters' pocket books, including text message and email blitzes.

And the WE controversy, which has the Liberals facing ethics investigations involving Prime Minister Justin Trudeau and Finance Minister Bill Morneau, could be helping inch those Tory fundraising numbers up, Plante says.

"I'm wondering if people are perhaps now taking a second glance at what's happening in the Conservative race and responding financially."

The winner of the Conservative leadership race will be announced later this month.