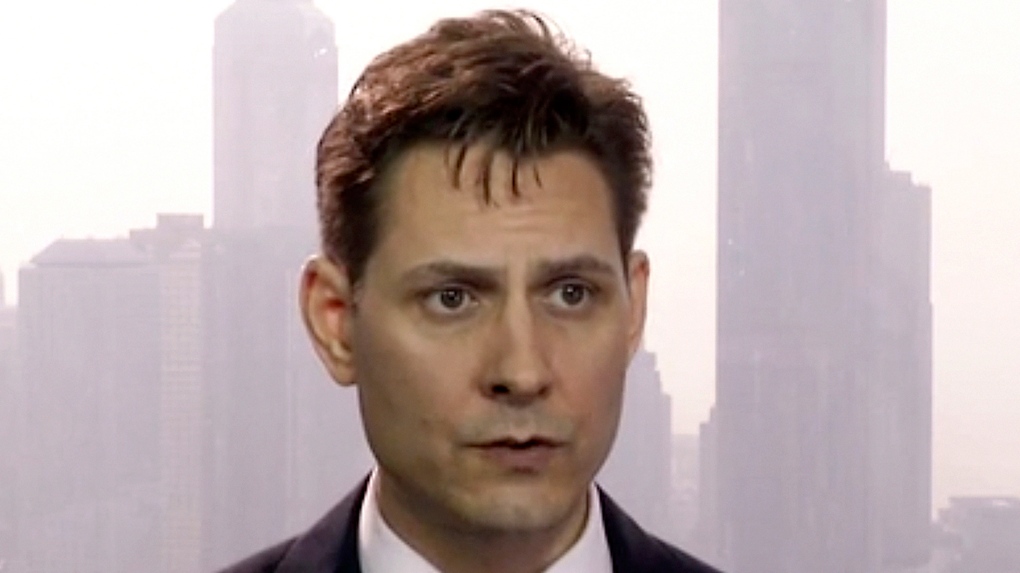 In this file image made from March 28, 2018, video, Michael Kovrig, an adviser with the International Crisis Group, a Brussels-based non-governmental organization, speaks during an interview in Hong Kong. (AP Photo, File)

Just after Canadian officials met with one of the men detained in China on espionage charges, a close observer says the country’s pressure campaign against Canada may be backfiring.

On Monday, consular officials met with International Crisis Group analyst Michael Kovrig for the eighth time since he was detained in December along with Canadian consultant Michael Spavor.

Canada asserts that the arrests were arbitrary, and experts say they were nothing more than retaliation for the Dec. 1 arrest of Chinese telecom executive Meng Wanzhou in Vancouver on behalf of the United States.

China said just after Meng’s arrest that Canada would pay “a heavy price” if it did not release the Huawei CFO. The arrests were followed by a Chinese ban on Canadian canola exports and some meats, which China says is due to food safety concerns but experts say is further retaliation.

Prime Minister Justin Trudeau has held firm that Canada’s government will respect the rule of law. He convinced U.S. President Donald Trump to raise the issues of the detainees with Chinese President Xi Jinping at the G20 meeting last weekend in Japan.

That strategy, he says, was to cause Canada enough pain that Trudeau would either release Meng or be forced “out of power altogether,” allowing for a reset of the relationship under the Conservatives.

“With Mr. Scheer talking about escalating tensions and retaliating against China, this is not what the Chinese were looking for,” he said.

However, McKnight said tariffs might be a risky strategy, considering the size of the Chinese economy and military.

“The reality is Canada is in a much more difficult position than China is on this question,” he said.

Little is known about Monday’s meeting with Kovrig but McKnight points out that it’s the first since Chinese officials took away Kovrig’s reading glasses.

“Why would they do something frankly as petty and trivial as that?” he said. “It seems now that Mr. Kovrig and Mr. Spavor are both unfortunately now being subjected to this long, gradual yet somewhat subtle process of mental suffering and anguish that the Chinese authorities are inflicting them, ultimately with the goal of a confession from one of the two on espionage,” he explained.

“Unfortunately, this type of forced confession is very common in the Chinese judicial system,” he added.