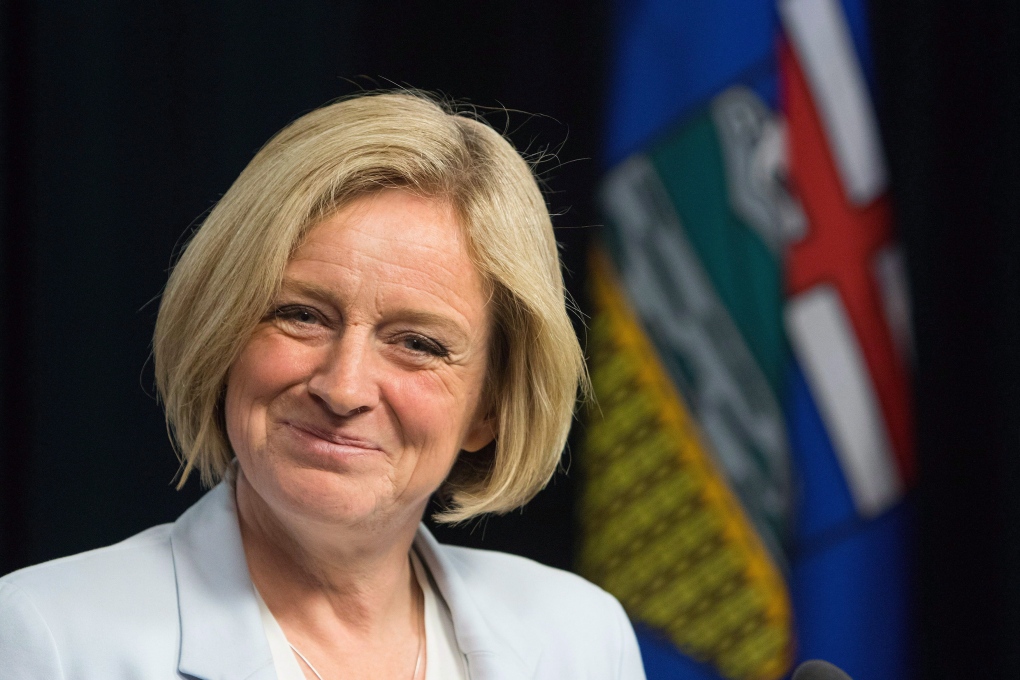 The first session of the legislature under Notley's team will run for the next couple of weeks and focus on an interim supply bill to keep the money taps flowing in Alberta until the NDP can bring in a full budget in the fall.

Wildrose finance critic Derek Fildebrandt said the bill will be, in effect, a "mini-budget" to cover about half-a-year's payments for a budget already well over $40 billion in spending.

"You can't be pulling this money from thin air," said Fildebrandt.

"We need a big picture of the finances with the details to see if the numbers actually add up."

The original budget for the 2015-16 fiscal year was introduced, but never passed, by the former Progressive Conservative government before the Tories were defeated in the May 5 election.

Notley won a majority government on a platform that promised a radically different budget. It included a hike to corporate income taxes, more spending for health and education and a rollback of proposed PC hikes to taxes and user fees.

She said Finance Minister Joe Ceci and his staff will be working through the summer to bring in a revised budget in the fall to match those promises.

In the meantime, said Notley, it's not realistic for the Wildrose to expect a line-by-line breakdown in spending by a government that was sworn in a less than three weeks ago.

"When we introduce (the bill) there will be some detail about the changes that we are proposing to make, and there will be a lot of opportunity to debate it then and much more in the fall," said Notley.

The session begins with a speech from the throne Monday by Lt.-Gov. Lois Mitchell outlining the goals and plans of Notley's new government.

The NDP has promised to introduce several other bills during the session but will not reveal details until Monday.

Government House Leader Brian Mason, in an interview, would only say the flagship session legislation, known as Bill 1, "will have to do with changes to fulfil a small part of our platform for democratic reform."

Mason would not confirm or deny Bill 1 would focus on banning corporate and union donations to political parties, as promised in the election campaign.

Ceci, in an interview, would not confirm or deny that legislation to hike the corporate income tax to 12 per cent from 10 per cent, as promised in the election, will be part of the session.

Ceci would only say, "We're going to put in place some instruments that will help us smooth out our revenue situation so that we're not relying on oil and gas revenues and royalties."

The session will also be the first test for Notley's government on questions in the chamber from its own backbenchers.

Notley, and other opposition leaders, criticized the former Tory government for using such questions not to hold the government to account, as per their intended historical purpose, but rather as scripted "puffballs" to spotlight government achievements.

Mason said he expects the NDP backbenchers, technically not part of the government, will ask what they want of the cabinet ministers.

"I don't anticipate that (puffballs) will happen," said Mason.

He said he expects some of the new NDP backbenchers will want to have the questions written down for convenience, but said, "that doesn't mean it's written for them."