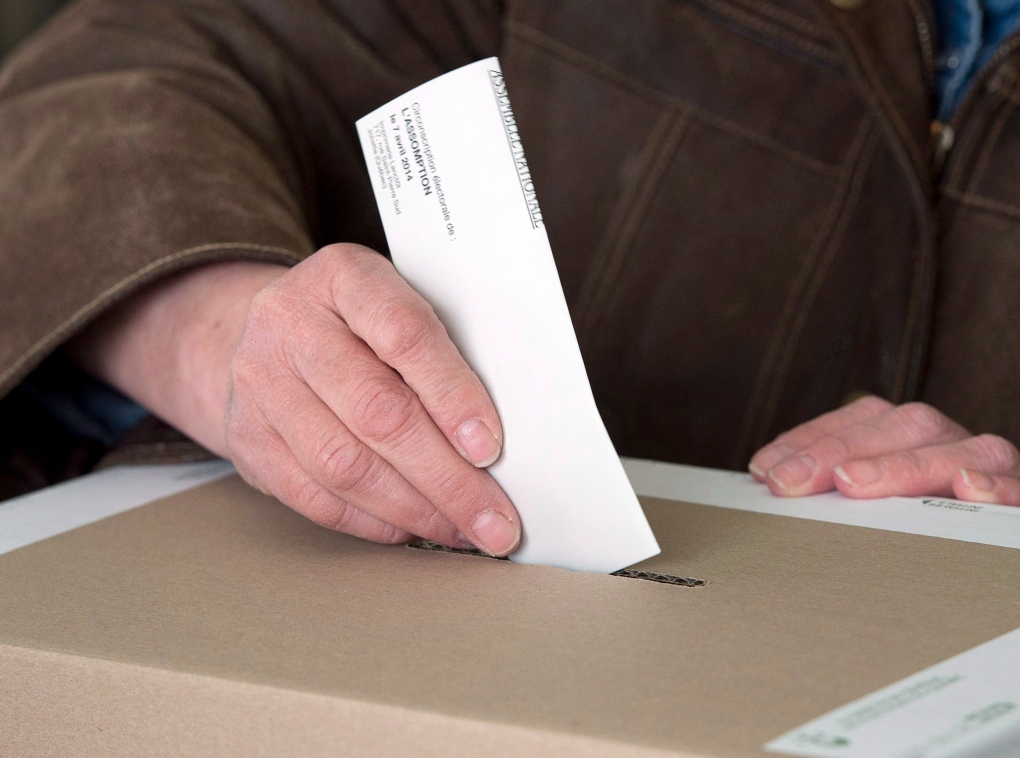 A voter casts their ballot Monday, April 7, 2014 in L'Assomption, Que. as Quebecers go to the polls for the provincial election. (Ryan Remiorz / The Canadian Press)

Here's a look at some the key issues the committee will have to grapple with:

What's wrong with the present system?

Under the existing system, the candidate with the most votes in a riding wins, often with considerably less than 50 per cent of the vote.

Critics complain the system routinely produces "false majorities," where a party wins a majority of House of Commons seats with less than 40 per cent of the popular vote; that it results in under-representation of smaller national parties, unfairly rewards regionally-based parties, encourages hyper-partisanship and exacerbates regional tensions.

Those who favour the status quo argue that it's a simple system that voters can easily understand and that tends to produce stable majority governments.

What are the alternatives?

Basically, there are two main types of voting systems: "majoritarian" systems such as first-past-the-post, characterized by having one winner in each electoral district, and "proportional" or PR systems, characterized by multiple members representing electoral districts and designed so that a party's share of the popular vote produces a roughly equivalent share of seats in the legislature.

Under a preferential or ranked ballot system, voters rank their choices in order of preference. If no candidate wins more than 50 per cent of the vote, the last-place contender is dropped from the ballot and the second choices of his or her supporters are counted. This continues until one candidate emerges with more than 50 per cent.

Opposition parties contend ranked balloting would favour the Liberals, who tend to be the most popular second choice for supporters of other parties.

Advocates say this would make every vote count. While critics worry about unstable minorities or coalitions, advocates say proportional representation would force parties to work together collegially and co-operatively.

There are a wide variety of different models in use around the world. Some involve electing local candidates by first-past-the-post and then selecting others from party lists according to each party's vote share. Party lists can be chosen strictly by party brass or voters can select their own preferences from the lists.

Canada could create a hybrid, custom-made model of its own.

The Conservatives have repeatedly demanded that any new system be approved by a referendum. The Liberals have not categorically said no but are not enthusiastic.

Various proportional representation proposals have been rejected by voters in three provinces -- Ontario, British Columbia and Prince Edward Island -- that have held referendums on electoral reform.