2019 election wasn't without hitches, but no cyber disruptions: report 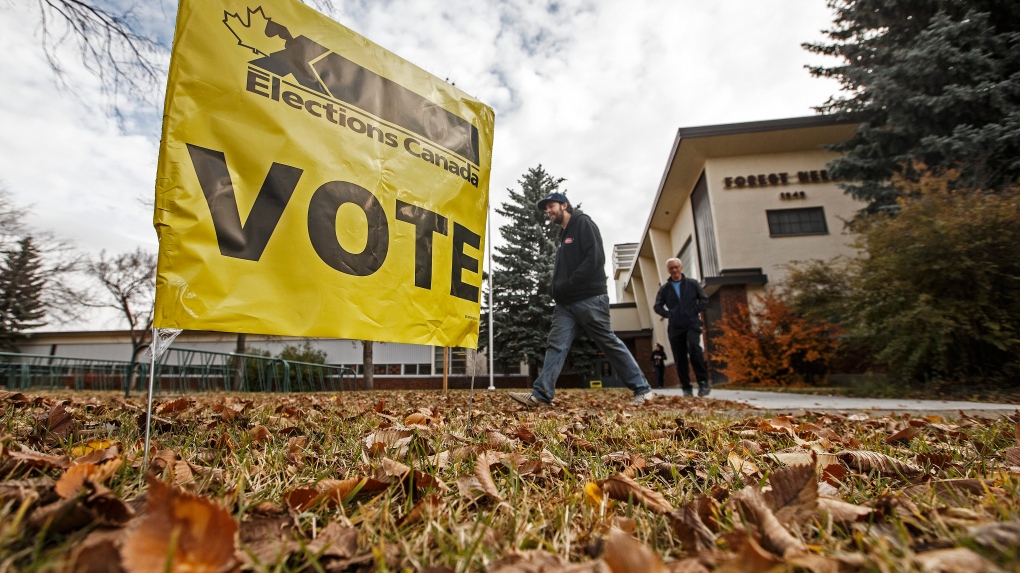 Voters make their way to cast their vote in Edmonton Alta, on Monday, October 21, 2019. THE CANADIAN PRESS/Jason Franson

OTTAWA -- Election Canada's delivery of the 2019 federal election wasn't without some hitches, but the integrity of the vote was maintained from a cybersecurity perspective, according to Elections Canada’s first report into the fall campaign.

The report, tabled in the House of Commons on Tuesday, provides a general overview of how the election was delivered by the federal elections agency, and identified issues that will require further analysis in the coming months.

Among the issues highlighted: the timing of the vote; the impact of weather in some ridings; and the staffing of polling places.

Topline numbers show that, while turnout was slightly down, the 40-day campaign saw an increase in the number of candidates, registered third parties, participants in advance polls, and the overall price tag.

Some 18.3 million Canadians cast ballots. That’s 67 per cent of registered voters, which was down marginally from the 68 per cent turnout in 2015.

Elections Canada attributes the increase in third party entities to new regulation requirements passed as part of a host of legislative changes brought in by the Liberals in the last Parliament. With the increase also came “some confusion” over third-party reporting obligations, citing the questions around advertising about climate change during the election as an example.

And, as noted during the 40-day campaign, the number of Canadians that took part in advance polls increased, with more than 4.7 million electors voting early, a 30 per cent increase from 2015. On four days in mid-October, advance polling hours were extended to 12 hours a day — up from the eight hours they were open in the previous election.

While the final cost of the election is still being tallied, it is estimated at $504 million, up from the almost twice-as-long 2015 campaign's $443 million. The higher price tag is in part because of the cost of upgrading computer services and extended advance poll hours, according to Elections Canada officials speaking to reporters on a non-attribution basis.

Among the other issues identified were the timing of the vote and the agency’s accommodation of religious observances, given the Oct. 21 vote landed on a Jewish holiday; and the impact that storms and subsequent power outages in Manitoba had on several electoral districts and the “extraordinary measures” that had to be taken to allow local voters to cast their ballots.

The report also makes note of issues raised by field workers. Noting "recruitment challenges," Elections Canada said it hired 232,000 of a planned 248,000 election workers. Plus, approximately 10,000 trained workers did not show up at their designated polling station.

"These no-shows affected operations," the report says, adding subsequent reports will recommend ways to rectify that for the next vote.

As well, a total of 19,000 complaints were logged with Elections Canada between the pre-election period and December 2019. Of those, 11,100 were filed during the 40-day writ period, which was down from the 17,000 during that time in 2015, and any that were deemed to be a potential offence were referred to the Commissioner of Canada Elections for further investigation.

According to Elections Canada the complaints centred around:

The report also spells out the various ways that Elections Canada and other federal agencies sought to shore up the vote from any form of interference or cyber attack, and according to the elections agency, “no cybersecurity incident disrupted services to Canadians or the administration of the electoral process in the 43rd general election.”

These preparation efforts and collaboration with the federal security agencies greatly helped prepare for any potential cyber issues and will continue, said one Elections Canada official.

It was the first federal election in which Elections Canada had a unit set up to monitor social media misinformation and, according to the report that team’s monitoring of various online platforms, flagged 28 instances of accounts impersonating Elections Canada or sharing information that “could have interfered with electors’ ability to vote,” though just 13 were removed by the platforms that the content was posted on.

"None of these instances were concerning in terms of their scope," said Chief Electoral Officer Stephane Perrault in his foreword of the report.

The report also noted that while there were no contested elections, there were three judicial recounts, all of which were asked for by the second place candidate and terminated before the full count was complete. None affected the election results.

By law, the "Report on the 43rd General Election" had to be presented within 90 days of a general election, and will be followed by the publication of official voting results, further discussion on key aspects of the campaign, a more in-depth "retrospective report" that analyzes the election, and the chief electoral officer's recommendations for changes to how elections are run and legislated.

Preparedness for next election

In order for any of these issues to be addressed with changes to the way the election is delivered, Elections Canada is saying that April 1, 2021 would be their earliest readiness date.

An Elections Canada official said, given the dynamics of a minority government, the electoral agency has the ability to deliver a general election “at any time” before then, but it would have to be conducted under the same plans as the 2019 vote.

“While the election was a success overall, our services must continue to evolve to respond to the new challenges and expectations of Canadians," said Perrault in a statement, adding that his recommendations for further changes will be presented in September 2020.