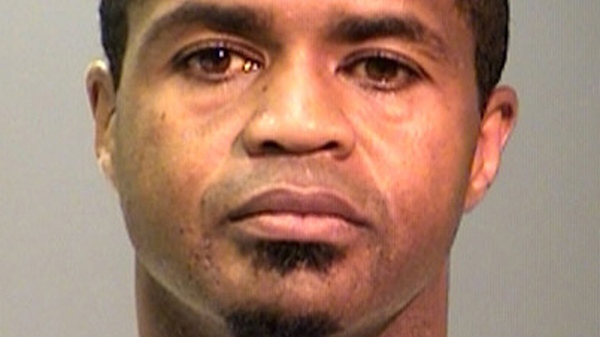 This image provided by the Jackson County Sheriff's Office shows Harold Martin Smith, who killed himself just as police approached him for questioning him on Wed., Dec. 1, 2010, in connection with the slaying of Hollywood publicist Ronni Chasen.

BEVERLY HILLS, Calif. - Hollywood's whodunit about the wealthy publicist gunned down driving home from a movie premiere now appears to be more of a garden-variety crime gone wrong.

Police on Wednesday said preliminary ballistics tests showed the gun a man used to kill himself as officers went to talk to him about Ronni Chasen's killing was the same weapon that was used to kill her.

Harold Martin Smith, 43, a down-on-his-luck ex-convict with a rap sheet spanning at least 25 years, had apparently ridden his bicycle to a dark intersection on Sunset Boulevard then attempted to rob Chasen.

"This was a random act of violence. With Mr. Smith's background, we believe that it was most likely a robbery gone bad," Beverly Hills police Sgt. Mike Publicker said. "Through the interviews and the information we received, that leads us to believe that he was at a desperate point in his life, and was reaching out and doing desperate measures."

Smith committed suicide Dec. 1 as police, acting on an anonymous tip left with the TV show "America's Most Wanted," went to speak with him at a seedy Hollywood apartment building from which he had recently been evicted. Before police could talk to him, he pulled out a revolver and shot himself in the head.

Though police said that gun appeared to be the same one used to kill Chasen, they cautioned that ballistics tests were preliminary and a final analysis could take two weeks.

Smith and Chasen's lives could hardly have been more different. She left at least a $6 million estate; he had a long criminal record that included two felony strikes. She drove a luxury car; he rode a bicycle. Chasen was well known among Hollywood's power players and helped actors, directors and composers win Oscars; Smith's former neighbors recalled him as being mentally unstable.

Police provided no information about who had phoned in the tip that cracked the case but, according to at least one of his former neighbors, Smith had bragged about the killing.

Terri Gilpin, who lived along the hall from Smith on the third floor of the apartment building, said Smith had also boasted that he was going to get paid $10,000 for carrying out the killing.

Police Chief David Snowden disputed that, saying there appeared to be no broader plot.

"We believe that Mr. Smith acted alone. We don't believe it was a professional hit," Snowden said, though he added that the investigation was ongoing .

Chasen, 64, was an influential behind-the-scenes player in Hollywood with a long track record in promoting films such as "Driving Miss Daisy," "On Golden Pond" and the sequel to "Wall Street" and their stars for Oscars.

Police said it didn't appear that Chasen knew Smith or that any of her property had been taken. No shell casings were found at the scene, and investigators did not reveal if there was any video evidence of the attack.

The tipster who led detectives to Smith might be eligible for a $125,000 reward. Steve Katz, a co-executive producer of "America's Most Wanted," said staff notified the tipster about the latest developments.

"When he heard that his tip helped resolve this case, he was very emotional," Katz said. "This is really a perfect example of how an average person can make a difference."

Documents obtained by The Associated Press revealed Smith was a two-strike felon who had been convicted of burglary twice and most recently had been released from prison in 2007 after serving time for robbery.

Smith told neighbors at the apartment building where he shot himself that he would never return to prison. Police armed with a search warrant approached him, told him to take his hands out of his pockets and said they were there to talk to him about Chasen's killing.

That's when Smith pulled a gun from one of those pockets and shot himself in the head.

Without Smith to talk to, police looked to the gun for evidence that would tie him to Chasen's killing.