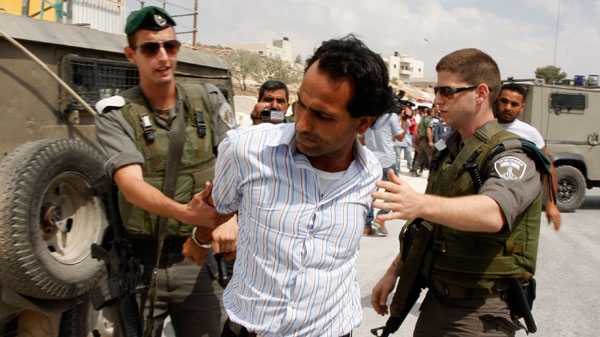 JERUSALEM - The Palestinians will announce Monday what path they will take to seek UN membership or some other form of recognition as an independent state by the world body this month, the Palestinian UN envoy said Friday.

Riyad Mansour told reporters on Friday that the Palestinian leadership will make its decision during a Monday meeting in Cairo that is likely to include supporters from other Arab nations.

Mansour said a "steering committee" chaired by Palestinian President Mahmoud Abbas would consider the issue, and that foreign ministers of Arab League nations meeting separately that day in the Egyptian capital could join the group's deliberations.

While the Palestinians say they plan to seek UN recognition in the coming weeks, it's unknown which of several possible paths they may take.

The Palestinians could either start with the Security Council, where the United States has vowed to veto the move, or with the General Assembly, where a two-thirds majority would be necessary for UN membership approval. Mansour noted that at least 126 of the General Assembly's 193 members had already recognized a Palestinian state, and said more countries were expected to join the group.

Both the General Assembly and Security Council must approve UN membership for a Palestinian state.

Mansour said the first of the "three stops on the road" to recognition would likely be a letter to Secretary-General Ban Ki-moon requesting UN membership.

Another option also being discussed by the Palestinians is an upgrade in status from UN observer to UN observer state -- the status held by the Vatican.

Mansour said the upgraded status would require only a simple majority by the General Assembly and would allow the Palestinians to obtain full membership in many UN agencies, such as the World Health Organization and UNESCO, and sign international conventions on climate change and other matters as a full state.

The Palestinians this week launched a campaign to drum up support for their quest. They have planned demonstrations in the Palestinian territories and worldwide as they prepare to ask the world body to accept them as a full member state.

The campaign sets the stage for a diplomatic showdown at the UN, where Israel and the United States are leading opposition to the bid.

The Palestinians have timed their campaign to the UN's annual general debate, featuring a week of speeches by the world's leaders from Sept. 21 to 27.

But some diplomats have suggested that any debate or vote on the Palestinian issue would be impossible during that period of tightly organized speeches and would have to come before or after that period.

The Obama administration publicly confirmed for the first time Thursday that it would veto any Security Council resolution to recognize Palestinian statehood, insisting that peace can only be achieved through negotiations. The United States is among five permanent council members with veto power.

Although the vote will not change the situation on the ground, the Palestinians believe a strong international endorsement will isolate Israel and provide support for future negotiations. Israel opposes the Palestinians' demand that it withdraw to the pre-1967 Mideast War lines that marked the West Bank's boundaries, but has indicated it is willing to make some land swaps with the Palestinians.