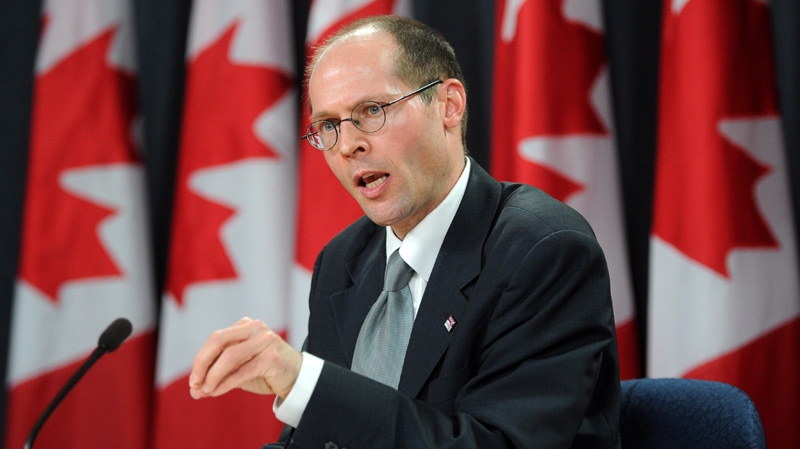 United Nations Special Rapporteur on the Right to Food Olivier De Schutter speaks to reporters during a press conference at the National Press Theatre in Ottawa on Wednesday, May 16, 2012. (Sean Kilpatrick / THE CANADIAN PRESS)

OTTAWA - Human rights advocates are accusing the Harper government of undermining the authority of the United Nations by publicly attacking its envoys to Canada.

They want the government to apologize for trashing the UN's food envoy during his recent visit to the country.

Those calling for the apology include former NDP leader Ed Broadbent, former Progressive Conservative minister Flora Macdonald, as well as organizations such as Amnesty International.

Earlier this month, several cabinet ministers lashed out at the special UN rapporteur, Olivier De Schutter, after he said many Canadians are having trouble affording food.

In an open letter issued yesterday, more than 150 organizations and individuals pointed to personal attacks against De Schutter by Health Minister Leona Aglukkaq, Immigration Minister Jason Kenney and others.

The ministers had said the envoy was "ill-informed," and his mission was "completely ridiculous."