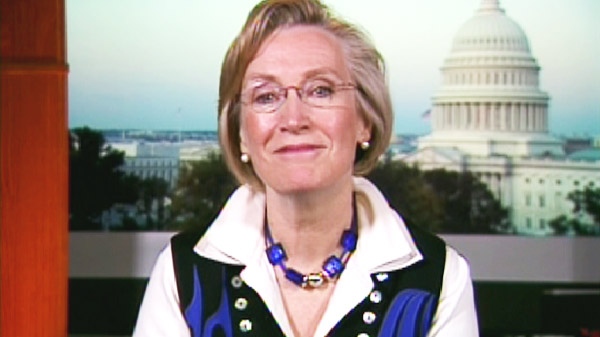 Two Liberal MPs are calling on Ottawa to provide $10 million in funding for research on a potential cause of multiple sclerosis ccalled CCSVI, or: chronic cerebrospinal venous insufficiency.

Liberal public health critic Dr. Carolyn Bennett and Liberal health critic Dr. Kirsty Duncan wrote an open letter to Minister of Health Leona Aglukkaq Thursday, asking the government to intervene in the growing national debate over whether MS patients should be tested and treated for CCSVI.

"The MS Society has already committed to funding CCSVI research and now we are calling on the Government of Canada to do its part," the letter reads.

Some studies have shown that many MS patients have blocked or narrowed veins that prevent blood flow from the brain.

The MPs argue that, just as heart patients are treated for blocked arteries, patients with malformed veins should also get angioplasty to normalize blood flow.

They worry that patients are going for treatment to open these veins in other countries, when the treatment could be offered here in Canada. They also want the health minister to convene a meeting of the provinces and territories to discuss the theory and the angioplasty treatment.

"CCSVI Medical research and liberation treatment centres are popping up daily," the letter reads. "We believe Canada should be on board."

"Canada has one of the highest rates of MS in the world, with between 55,000 and 75,000 Canadians living with the disease," it continues. "This is a matter of utmost urgency. Many MS patients are experiencing a rapid decline in their health."

Hundreds of multiple sclerosis patients rallied at demonstrations across the country Wednesday, calling for the right to be screened for malformed veins, and to receive treatment if necessary.

"In the meantime, we're deprived of everything knowing that outside this country, outside the border, there are some people allowed to get the diagnosis and the treatment," MS patient Charles Laferriere told CTV Montreal during a rally at Trudeau Park in Cote Saint-Luc.

The patients say that while they want more studies into the CCSVI theory, they can't afford to wait for the results of those studies, which will likely take years to complete.

The MS societies in both Canada and the U.S. have called the early findings surrounding CCSVI "exciting and intriguing," but have said more research is needed to firmly establish the link between blocked neck veins and MS symptoms.

They have also cautioned patients against seeking untested treatments, urging them to not discontinue conventional treatments for their disease.