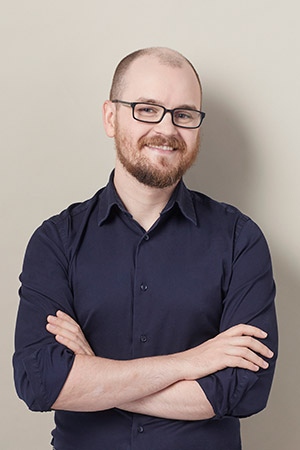 Since joining CTV News' national digital team in 2008, Toronto-based Dell Rasmussen has helped manage CTVNews.ca's evening news coverage of events that have captivated Canadians such as the global financial crisis, the Arab Spring, the Fukushima Daiichi nuclear disaster, the shootings on Parliament Hill, and several federal elections. He is a general assignment journalist with an interest in video, photo, and copy editing.

He has also collaborated with CTV's W5 to create video content for various social media platforms.

Dell is part of the team that won the RTDNA's Digital Media Award in 2015, as well as the Canadian Online Publishing Awards' Best Media Website and Best Digital Solution awards in 2015.

In 2017, he also shared in a silver award at the Canadian Online Publishing Awards for his work on a CTV News investigation into a predatory publishing company targeting Canadian medical journals.

Dell is a graduate of the University of Guelph-Humber, where he studied journalism. ​