Woman falls out of car window and onto U.K. highway while filming Snapchat video 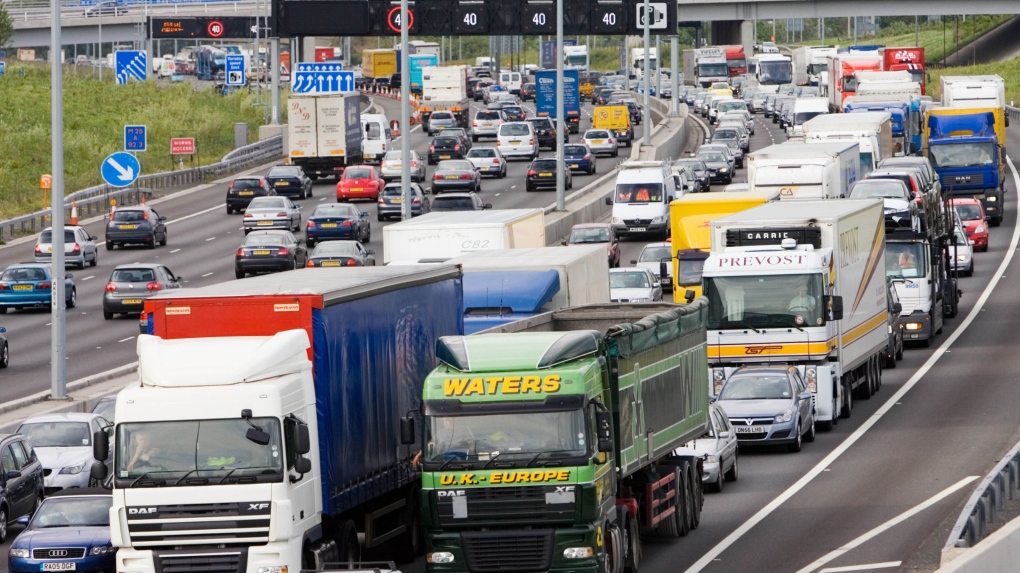 The British M25 motorway is pictured in this file photo. (Tim Graham/Getty Images/CNN)

A woman fell out of a car and onto a busy highway while hanging out of the passenger window to film a Snapchat video, police in the U.K. have said.

The unnamed woman was dangling out of the vehicle on the M25 motorway south of London, Surrey Police wrote on Twitter.

"It is only by luck she wasn't seriously injured or killed," they said.

They posted a picture of the open passenger window, alongside the hashtag #nowords.

Asked by a user if officers explained the dangers of the attempt to the woman, the police replied: "Every chance they worked it out before we spoke to them about it!"

Some 259 people worldwide died while taking selfies between 2011 and 2017, according to a study published in the Journal of Family Medicine and Primary Care.

Researchers found that the most selfie deaths occurred in India, followed by Russia, the US and Pakistan. Most of the victims were men (about 72%) and under the age of 30.

Last year, four members of the same family drowned at a dam in India after slipping into the water while trying to take a selfie.

The front seat passenger was hanging out the car whilst filming a SnapChat video along the #M25. She then fell out the car and into a live lane.
It is only by luck she wasn’t seriously injured or killed.#nowords
2846 pic.twitter.com/b7f1tPJTEb