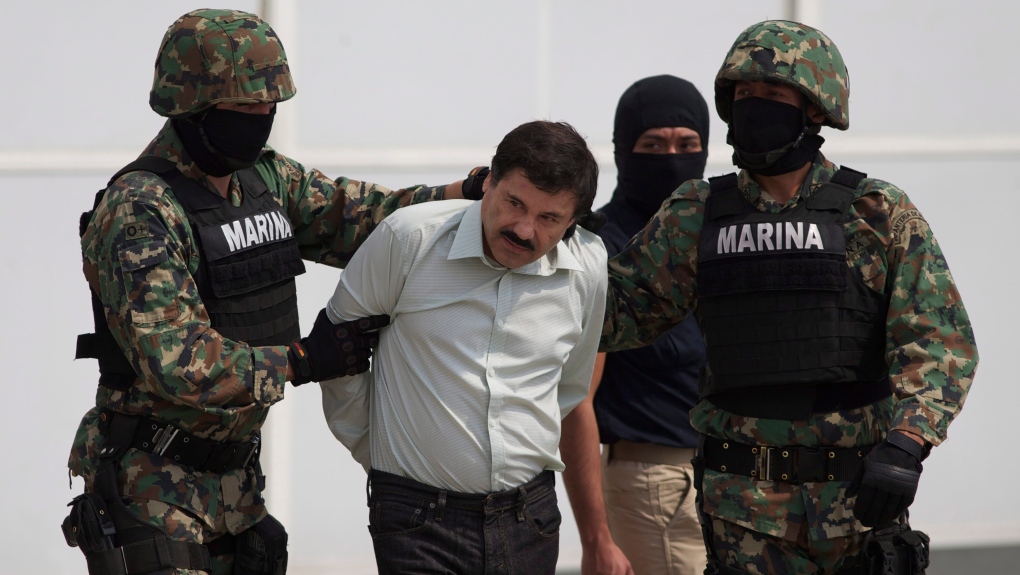 In this Saturday, Feb. 22, 2014 file photo, Joaquin "El Chapo" Guzman, centre, is escorted to a helicopter in handcuffs by Mexican navy marines at a hanger in Mexico City, after he was captured overnight in the beach resort town of Mazatlan. (AP Photo/Eduardo Verdugo)

The 62-year-old former Sinaloa cartel chief demanded a new trial after an article in Vice News revealed that several jurors had consulted social media and the internet, something that is generally forbidden to prevent consideration of anything besides official evidence.

Guzman was found guilty in February following a three-month trial of trafficking hundreds of tons of cocaine, heroin, methamphetamines and marijuana to the United States over the course of 25 years.

He was also convicted on money laundering and weapons possession charges by jurors who heard how El Chapo had beaten, shot and even buried alive those who got in his way.

In his decision, Judge Brian Cogan said a jury would certainly have convicted the defendant, regardless of their use of the internet, "based on the overwhelming amount of direct evidence presented during trial."

"There was no shortage of evidence that (the) defendant was guilty of the crimes for which he was convicted," Cogan said, citing an avalanche of photos, videos and audio recordings submitted by the government, as well as statements from 14 witnesses who testified against him, including ex-partners, friends and even a former lover.

The judge also declined to hold a hearing to determine when and how media and social networks may have influenced jurors' decisions, comparing the task to "an ocean-wide fishing expedition."

Guzman has been detained since January 2017 in almost total isolation in a maximum security prison in Manhattan. In June, Cogan denied Guzman's request for better prison conditions, including at least two hours of outdoor recreation, calling the drug boss an escape risk.

He will be sentenced on July 17 by Cogan and likely faces life behind bars.