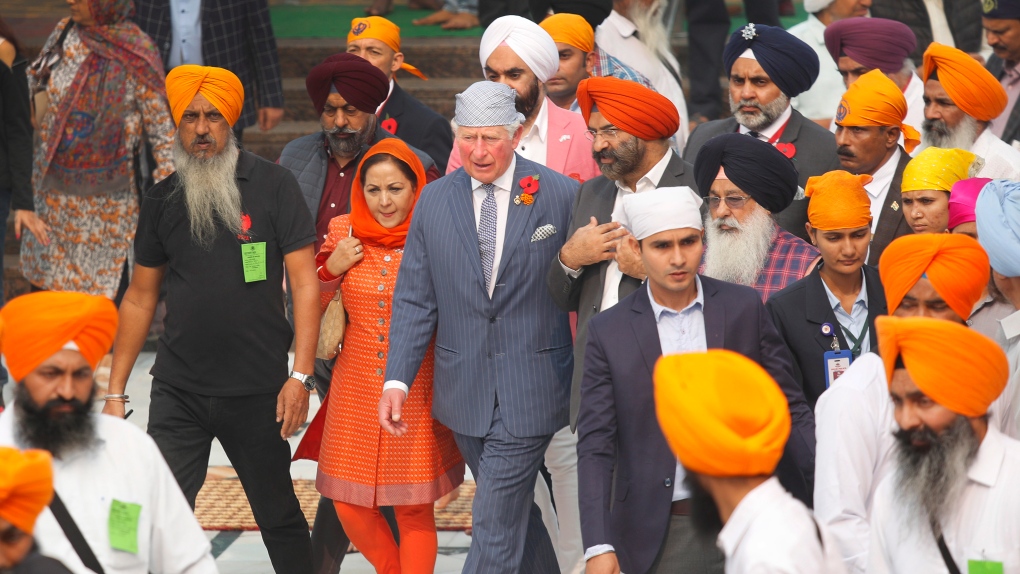 NEW DELHI -- Britain's Prince Charles met with Indian experts on Wednesday during a visit to the country focusing on global challenges such as climate change and business sustainability.

The Prince of Wales discussed how to strengthen disaster resilience and tackle the effects of climate change at the Indian Meteorological Department in New Delhi.

He arrived in New Delhi on Wednesday with a thick gray haze clouding the sky.

The air quality index exceeded 450, considered "severe" and nine times the recommended maximum, according to the state-run Central Pollution Control Board.

He had a short ride in an e-rickshaw driven by a woman.

Air pollution in northern India peaks in the winter due to smoke from agricultural fires and fireworks during a major Hindu festival.

The prince also joined celebrations of the 550th anniversary of the birth of Guru Nanak, the founder of the Sikh religion, at a shrine in New Delhi to mark the community's contribution in Britain.

The British High Commission said he will meet with Indian business leaders in Mumbai on Thursday to discuss sustainable markets.

In September, the prince jointly launched a Sustainable Markets Council with the World Economic Forum.