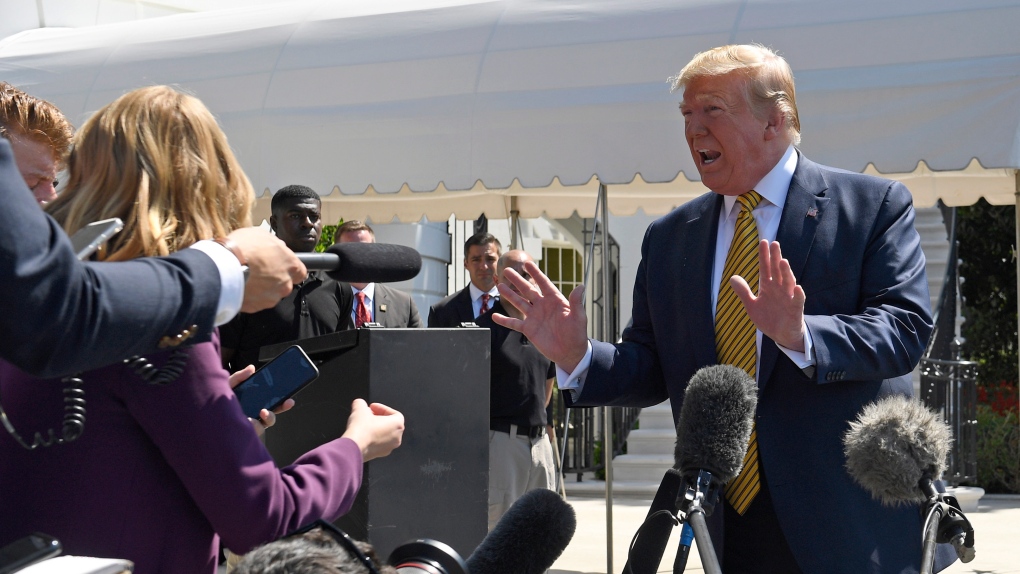 U.S. President Donald Trump speaks to reporters on the South Lawn of the White House in Washington, Saturday, June 22, 2019, before boarding Marine One for the trip to Camp David in Maryland. (AP Photo/Susan Walsh)

WASHINGTON -- The Latest on President Donald Trump and immigration (all times local):

The California Democrat called Trump on Friday night, according to a person familiar with the situation and not authorized to discuss it publicly. The person spoke on condition of anonymity. Trump announced a two-week delay with a tweet Saturday afternoon.

Pelosi responded with her own tweet, "Mr. President, delay is welcome. Time is needed for comprehensive immigration reform. Families belong together."

The president had told Pelosi that he would consider the request, said the person familiar with the situation.

President Donald Trump says he is delaying a nationwide sweep to deport people living in the U.S. illegally.

He said in a tweet Saturday he would delay for two weeks to give lawmakers time to discuss border solutions.

Three administration officials told The Associated Press the operation had been cancelled because details had leaked in the media and officer safety could be jeopardized. The officials were not authorized to speak publicly on the operation and spoke on condition of anonymity.

The operation was expected to begin Sunday and would have targeted people with final orders of removal, including families whose immigration cases had been fast-tracked by judges.

Trump earlier this week tweeted that an operation was upcoming and said the agency would begin to remove "millions" of people.