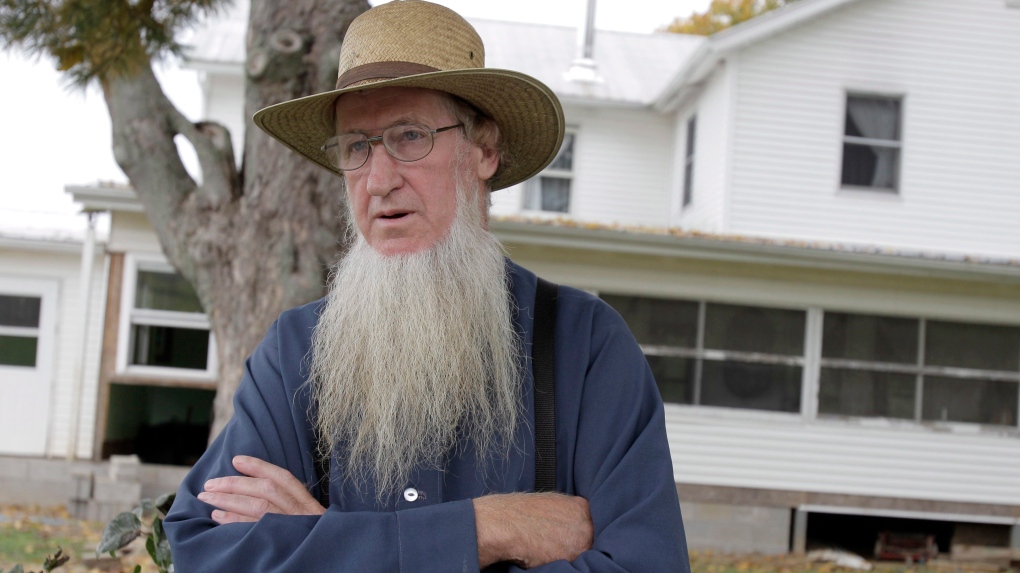 This is an Oct. 10, 2011 file photo of Amish leader Sam Mullet standing in front of his home in Bergholz, Ohio. (AP Photo/Amy Sancetta)

COLUMBUS, OHIO -- The leader of a breakaway Amish group in Ohio who was sentenced to prison for beard- and hair-cutting attacks will get to to serve the rest of his sentence at home after his attorney argued the new coronavirus puts the 74-year-old bishop at risk.

Sam Mullet Sr. was moved to a halfway house in Youngstown on March 4 and was scheduled to be released in January. But his attorney argued in a filing last week that he should be sent home because of his age and underlying health conditions increase his risk of getting sick.

The Bureau of Prisons said in a ruling Monday that Mullet will be released as part of the Elderly Offender Home Confinement pilot program. The action was not opposed by prosecutors.

The attacks in 2011 were meant to shame fellow Amish who had defied or denounced the authoritarian style of the leader of the Bergholz community in eastern Ohio.

Mullet did not take part in the hair cuttings, but received the longest prison term of all the defendants. Prosecutors said he exercised control over the members of his community and helped hide what happened.

Mullet was the last of the 16 defendants convicted in 2011 still in custody. He went to prison in 2013 and had served about seven years of a nearly 11-year sentence.