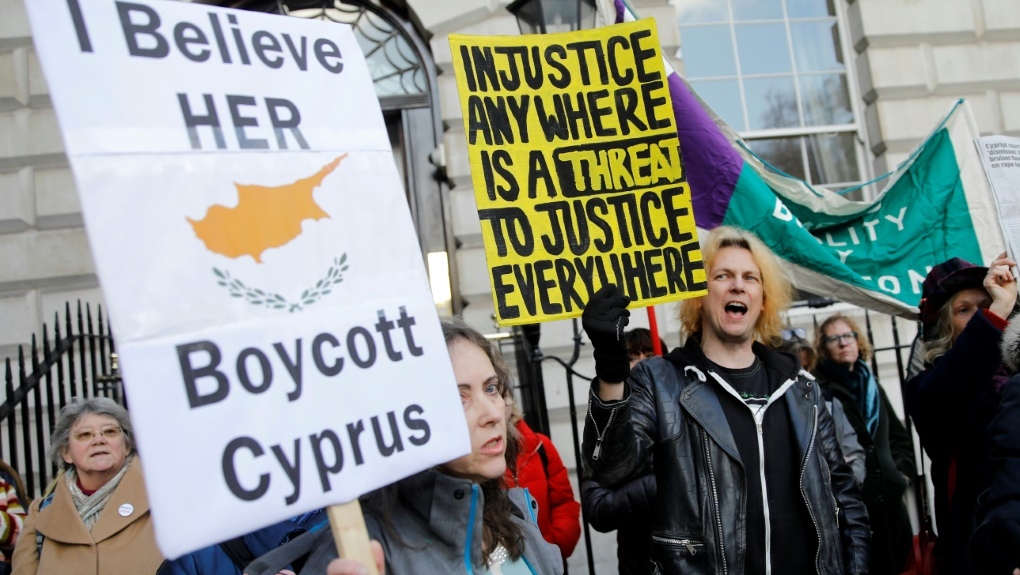 The British teenager's case has been controversial from the outset with not just the British media but also the UK government raising concerns over her prosecution and conviction for falsely alleging she was gang-raped. (AFP)

NICOSIA, CYPRUS -- A British teenager found guilty of lying about being gang-raped in Cyprus by Israeli tourists has lodged an appeal against her "unfair" conviction with the island's supreme court, her defence team said.

The 19-year-old returned to Britain after she was handed a four-month jail term, suspended for three years, at Famagusta District Court in Paralimni on January 7.

The woman has vowed to continue her fight to clear her name, and lawyers said grounds for appeal against the public mischief conviction were submitted to the supreme court on Thursday.

Michael Polak, from the UK Justice Abroad group, said there were strong grounds for appeal and urged the supreme court to expedite the case so the woman does not have the conviction "hanging over her for a long time".

Appeals before the Cyprus supreme court, typically, can take two to three years before they are heard.

The woman's defence team argues that the trial judge was "dismissive" towards the Briton and the evidence produced in court, which did not allow for a fair trial.

"We hope that the Supreme Court will properly consider the numerous clear grounds as to why the conviction is unsafe and will set aside the conviction," Polak said in a statement.

"When the trial proceedings are considered dispassionately, it is clear that the teenager did not receive a fair trial… Her unfair treatment, and the treatment of her representatives and witness, was in clear contrast to the treatment the prosecution and its witness experienced.”

Polak argued the teenager’s conviction is a breach of Cyprus's obligation under the human rights convention and as an EU member state.

The teenager claimed she was raped by up to 12 Israeli tourists in a hotel room in Ayia Napa on July 17, before being charged herself after signing a retraction statement 10 days later.

After spending a month in prison, she was released on bail in August but forced to stay in Cyprus until her trial ended.

She maintains she was raped but was forced to retract her statement under pressure from Cypriot police following seven hours of questioning alone and without legal representation.

The Israelis arrested over the incident, all aged between 15 and 20, were freed and allowed to return home.

The case has been controversial from the outset with not just the British media but also the UK government officially raising concerns over the treatment of the teenager by the Cypriot authorities.