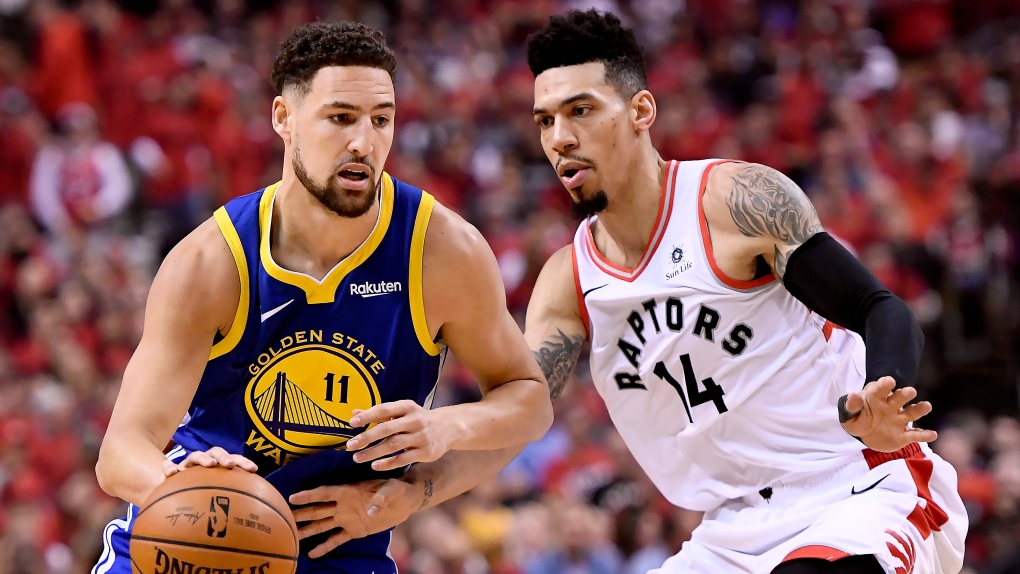 OAKLAND, Calif. -- Golden State guard Klay Thompson has a mild strain in his left hamstring that forced him out of Game 2 in the NBA Finals and he is listed as questionable for Game 3 against the Toronto Raptors on Wednesday night.

In addition, backup big man Kevon Looney suffered a non-displaced cartilage fracture on the right side of his ribcage and will be out indefinitely. That's a hit to the two-time defending champions' depth at centre, making the March signing of Andrew Bogut all the more important -- along with the return of DeMarcus Cousins from a torn left quadriceps muscle.

The teams said both Thompson and Looney underwent MRI exams Monday once back in the Bay Area.

Thompson left at the 7:59 mark of the fourth quarter in Sunday night's 109-104 victory that evened the best-of-seven Finals at one game apiece. Looney didn't play at all in the second half.