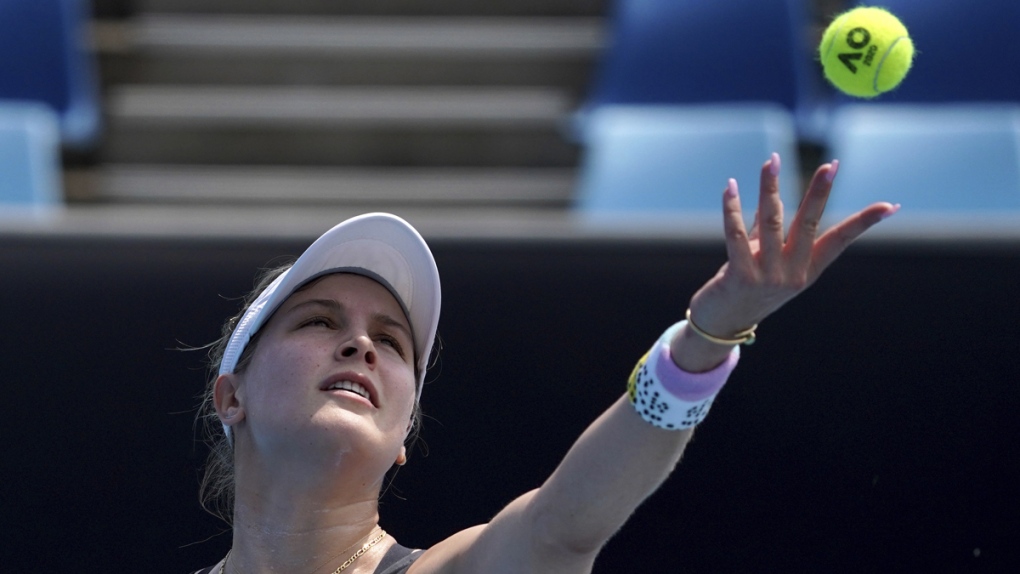 MELBOURNE, AUSTRALIA -- It was in the shadows of the main show courts at Melbourne Park, days before the first Grand Slam tournament of the season is set to begin in earnest, and Eugenie Bouchard's stay at the Australian Open was over in the last round of qualifying.

The 2014 Wimbledon runner-up, once as high as No. 5 in the rankings, has had a long slide down to No. 211. She's had to get used to playing away from packed stadium courts. But a constant echo around the arena on Friday presented something new.

The 25-year-old Canadian survived nearly three hours against China's You Xiaodi in heavy smoke and haze in the first round of qualifying and advanced through a second-rounder against Maddison Inglis in 65 minutes. With a spot in the main draw on the line, though, Bouchard lost 6-4, 6-3 to Martina Trevisan, a 26-year-old Italian who now will make her debut at a Grand Slam tournament.

"Super tough," the native of Westmount, Que., said of the loss. "It's last round of qualies. I felt like I was close."

Bouchard lost seven straight games from 4-4 in the first set before she rallied and got back to 5-3 in the second, getting plenty of encouragement from a small but supportive crowd. Trevisan held her composure, though, and closed with an ace.

Bouchard said the changing wind and left-handed Trevisan's different spin were tricky. But one distraction, she said, was just odd.

Every hit of the ball, every noise the players made, could be heard again a half-beat later.

After the third game, Bouchard went to chair umpire Carlos Bernardes to talk about the noise.

"I said, 'I don't know if it's a speaker, or a TV or what, but I can hear our match, like, half a second after. In the point, I hear us grunting during the point,"' she said. "It was weird."

The echo -- from a giant TV somewhere behind the arena -- continued until match point.

"That's, like, never happened to me before," Bouchard said.

Still, there's plenty she's experiencing now as she tries to work her way back. She's prepared to deal with it.

"Well, life is not a straight line upward," she said. "I just take the good with the bad. Sometimes you've just got to put your head down and grind, so that's what I'm trying to do."

In 2014, Bouchard reached a career-high No. 5 ranking after making the semifinals at the Australian Open and French Open and losing the Wimbledon final to Petra Kvitova.

She made it to the quarterfinals in Australia in 2015 and was into the fourth round at the U.S. Open that September, but had to withdraw because of a concussion she sustained after slipping and falling on wet locker room floor.

She reached a settlement with the United States Tennis Association in 2018 but her ranking has continued to fall.

Her health and fitness, she said, are improving.

The smoke that blew over Melbourne earlier in the week caused some of the worst air quality measured in the world on Tuesday, sparking complaints and health concerns from players.

Bouchard had a medical timeout during her win that day, but didn't think it caused any issues beyond that match.

"Not at all. That match and after that match, I felt bad," she said. "But the next day, I recovered and felt fine."

Her short-term aim is just to keep trying to win matches back-to-back, following a drought last year when she had 13 straight losses, including first-round exits at the French Open, Wimbledon and U.S. Open. She had two wins in Melbourne in qualifying and last week in Auckland, New Zealand, when she beat Caroline Garcia and Kirsten Flipkens before a loss to Amanda Anisimova.

That's a step in the right direction. Now her focus is on an upcoming tournament on the lower-tier Challenger circuit.

Other qualifiers joining Trevisan in the women's main draw include Americans Ann Li and Shelby Rogers, Liudmila Samsonova of Russia and Monica Niculescu of Romania.

Ernests Gulbis was among the men who made it out of qualifying, which continues Saturday at Melbourne Park.

Meanwhile, Canadian Leylah Annie Fernandez is one win away from qualifying for her first-ever Grand Slam main draw.

Despite committing 39 unforced errors in the match, Fernandez recorded 34 winners -- 21 more than her Japanese opponent.

The Canadian teen is making her first Grand Slam appearance as a pro this week in Melbourne, Australia. She won her first-round qualifying match by upsetting Romania's Patricia Maria Tig 6-2, 6-3 on Thursday. Tig was the seventh seed in the qualifying draw and ranked 113th in the world.

Fernandez is the lone Canadian woman remaining with a chance to earn a spot in this year's first Grand Slam.

Canada's top-ranked player, Bianca Andreescu, was forced to withdraw from the tournament as she continues to rehab a knee injury that she suffered at the WTA Finals in Shenzhen, China.

Also on Friday, Toronto's Steven Diez and Brayden Schnur of Pickering, Ont., failed to advance to the third and final stage of qualifying.

Diez, who was ranked 23rd in the qualification draw, fell to Japan's Hiroki Moriya in straight sets 6-4, 7-5 on Friday.