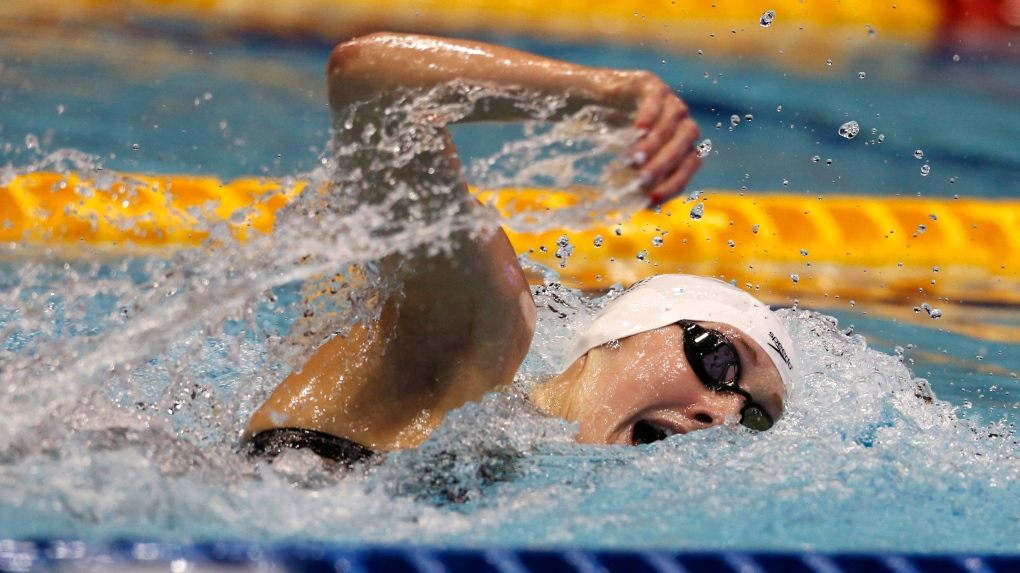 TOKYO -- Taylor Ruck set a new record for medals by a Canadian, and Kylie Masse was named the top overall female swimmer as Pan Pacific Swimming Championships on Sunday -- the final day of competition.

The 18-year-old Ruck took silver in the women's 200-metre backstroke for her fifth medal of the championships.

"I just wanted to do the best that I could and it's so amazing to be able to accomplish that," Ruck said. "I couldn't have done it without my relay teammates and all of Team Canada."

The Kelowna, B.C., native also won a gold medal in the women's 200 freestyle, and bronzes in the 100 freestyle, 4x100 and 4x200 free relays in Tokyo, breaking a seven-way tie to become the first Canadian to ever win five medals at Pan Pacs.

It's her second such record this year, after tying the all-time mark for Commonwealth Games medals with eight in April.

"This sets my expectations higher," she added. "I just love Japan and hopefully I'll be able to come back here in two years (for the Tokyo 2020 Olympic Games)."

The 22-year-old Masse, from Windsor, Ont., was named female swimmer of the championships for her 100 backstroke win earlier in the meet.

"It's a big deal. I've wanted to get on the podium individually for a long time. To finally do it here means the world," Kisil said. "I had a lot of great experiences here and hopefully we'll be back in two years."