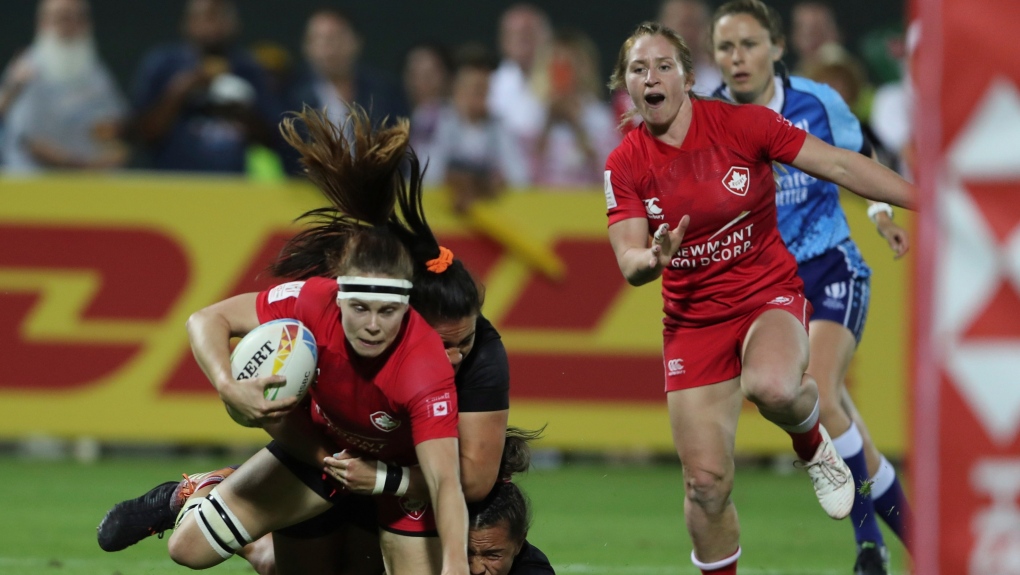 It marked the second straight year the Black Ferns had beaten the Canadians for the rugby sevens title. New Zealand won 26-14 the year before.

The Canadian women led 14-5 at the half on converted tries by Karen Paquin and Julia Greenshields. But Stacey Waaka's second try of the game started the New Zealand comeback.

Canada advanced to the final by beating France 19-7 in the Cup quarterfinal and Australia 26-12 in the semifinal.

Canada, which finishing a disappointing sixth in Gendale, moved into fourth spot with 28 points in the overall standings New Zealand and the U.S. both have 36 with Australia at 32.