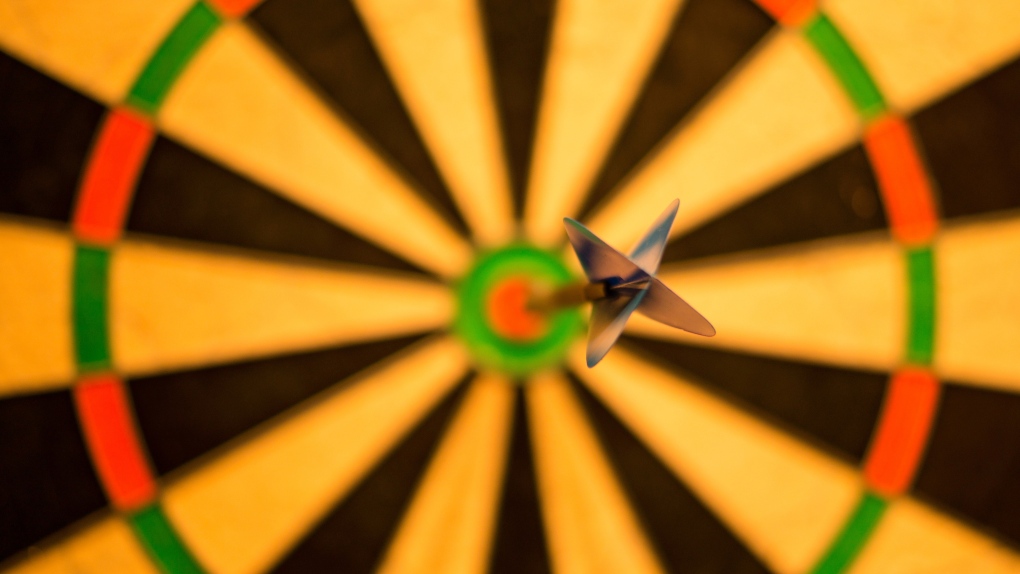 A dart and dartboard are seen in this file photo. (Skitterphoto / Pexels)

WIGAN, ENGLAND -- Canadian Jeff Smith has won his way back to the pro darts tour.

The 44-year-old from Saint John, N.B., joined Karel Sedlacek and Aaron Beeney in securing tour cards on Day Three of the 2020 PDC Qualifying Schools in Wigan and Hildesheim on Saturday.

On Sunday, England's Lisa Ashton made history by becoming the first woman to win a PDC tour card at qualifying school.

Smith, whose nickname is The Silencer, returns to the PDC ProTour for the first time since 2013 after landing a 110 checkout in the deciding leg of his 5-4 playoff win over Japan's Seigo Asada at the U.K. qualifying school.

The Canadian was runner-up at the 2016 BDO World Darts Championship on a rival circuit to the PDC. He also represented Canada at the 2013 World Cup.

"It's so nice to be back finally, it's life-changing," said Smith. "It's not the first time I've won a (tour) card but this time I intend to use my card better than I did last time ... The possibilities are endless now, I can't wait to get back over and play, I'm excited to show what I can do."

Beeney is a 36-year-old prison officer who won just 150 pounds (C$255) in prize money on the 2019 PDC Challenge Tour. He edged out Jarred Cole 5-4 in their Tour Card decider to book his place on the ProTour.

At the European qualifying school, Sedlacek made history as he became the first Czech player to win a PDC tour card.