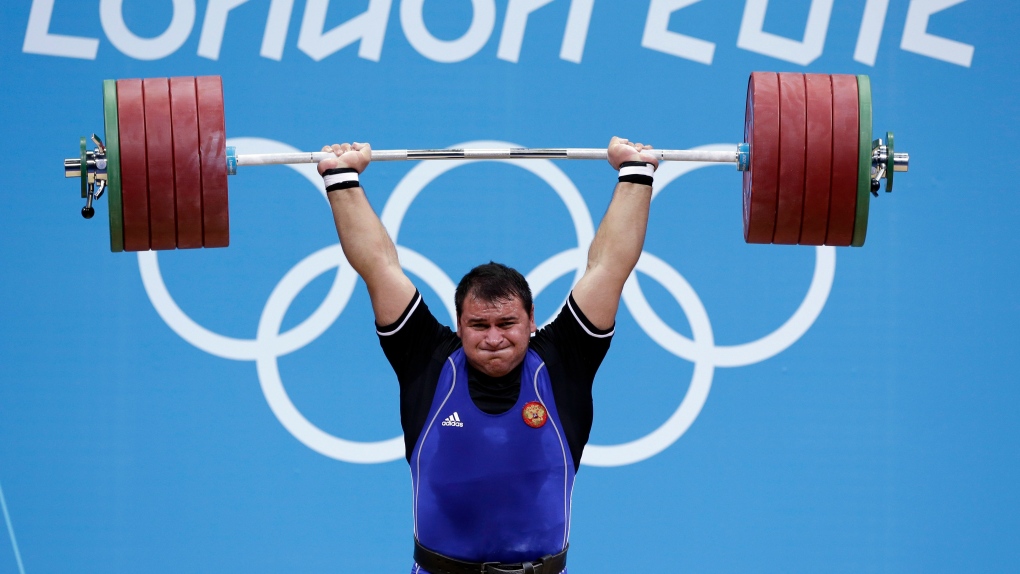 BUDAPEST, Hungary -- Seven more top Russian weightlifters have been charged with doping offences, taking the total charged this week to 12.

The International Weightlifting Federation says the seven, including five world and European championship medallists, face allegations stemming from World Anti-Doping Agency investigations into widespread drug use and coverups in Russia over the last decade.

Two of them, Dmitry Lapikov and Nadezhda Evstyukina, were previously stripped of medals they won at the 2008 Olympics after samples they gave tested positive.

WADA has been analyzing a vast archive of data obtained in January from the anti-doping laboratory in Moscow, where cases were routinely covered up for years. WADA has started handing over its results to sports federations, causing a wave of new charges.