Heat waves and droughts will get longer even if global warming is limited: scientists 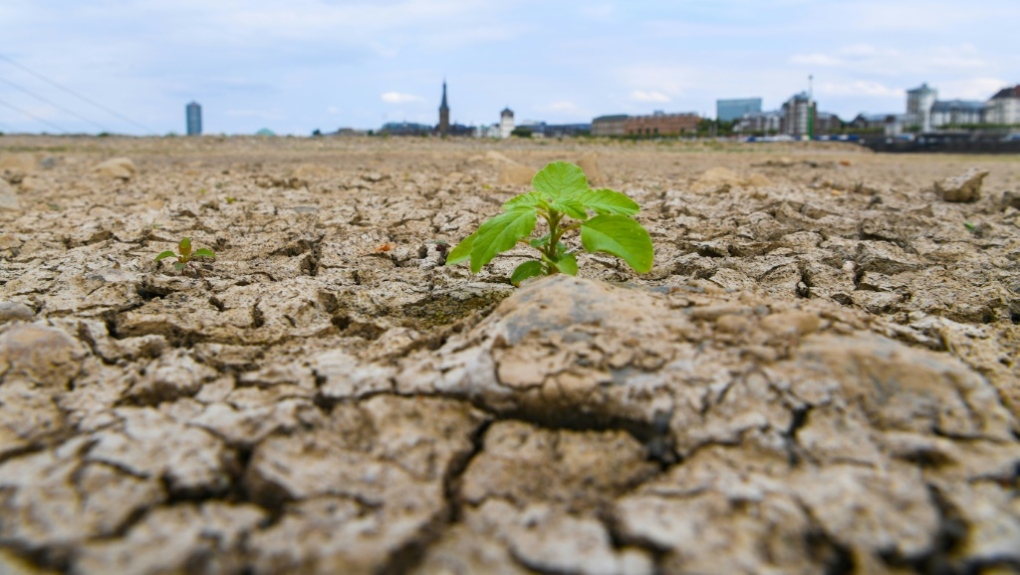 The river bed of the Rhine is dried on August 8, 2018 in Duesseldorf, Germany during an exceptionally long heat wave. (AFP)

With one degree of warming since pre-industrial times so far, extreme weather of this kind has already become more intense, with a single heat wave in 2003 leading to 70,000 excess deaths in Europe alone.

But the new study, published in the journal Nature Climate Change, is the first to quantify how much longer such events are likely to last if temperatures rise another degree.

"We could see a significant shift in summer weather conditions," said lead author Peter Pfleiderer, a doctoral researcher at Humboldt University in Berlin.

"Extreme weather would become more persistent -- hot and dry periods, as well as consecutive days of heavy rain would all get longer."

Even small increases in the duration of extreme weather events can have devastating impacts on human health, food production, biodiversity and even economic growth.

During the 2018 heat wave in Europe, for example, several hot and dry spells -- each lasting weeks -- led to wheat yield losses of 15 per cent in Germany.

In the United States, the past 12 months have been the wettest on record, with large swathes of the heartland immobilised by continuous rainfall and flooding.

The study looked at the changes in the northern hemisphere climate system that might be driving more extreme weather.

"The climate models show a systematic weakening of the large-scale summer atmospheric circulation -- including the Jetstream and storm tracks -- as the planet warms," said co-author Dim Coumou, a researcher at Vrije University Amsterdam.

"The increase in weather persistence can be linked to a weakening of this circulation."

As it slows down, hot and dry conditions can build up over the continents. At the same time, water-bearing hurricanes and typhoons can persist longer in one place.

According to the new findings, the chance of hot periods lasting longer than two weeks in a 2 C world will go up by four percent compared to today, with even larger increases in eastern North America, central Europe and northern Asia.

And bouts of sustained heavy rain will jump by more than a quarter across the entire northern temperate zone.

All of these impacts would come on top of more intense droughts, diluvian rains and heatwaves, such as the record-setting temperatures that scorched much of the northern hemisphere in June and July of this year.

"For warming above 2 C we would expect even further extremes of heat persistence," co-author Carl-Friedrich Schleussner, the head of climate science and impacts at Berlin-based Climate Analytics, told AFP.

"Bearing in mind the current slow pace of reducing emissions puts the world on track to 3 C, our study underlines the need for urgent action."

The 2015 Paris Agreement, which enters into force next year, enjoins the world's nations to limit warming to "well below" 2 C, and 1.5 C if possible.

Many scientists, however, say 1.5 C is no longer within reach -- CO2 emissions have climbed to new records for the last two years, and are on track to do so again in 2019.