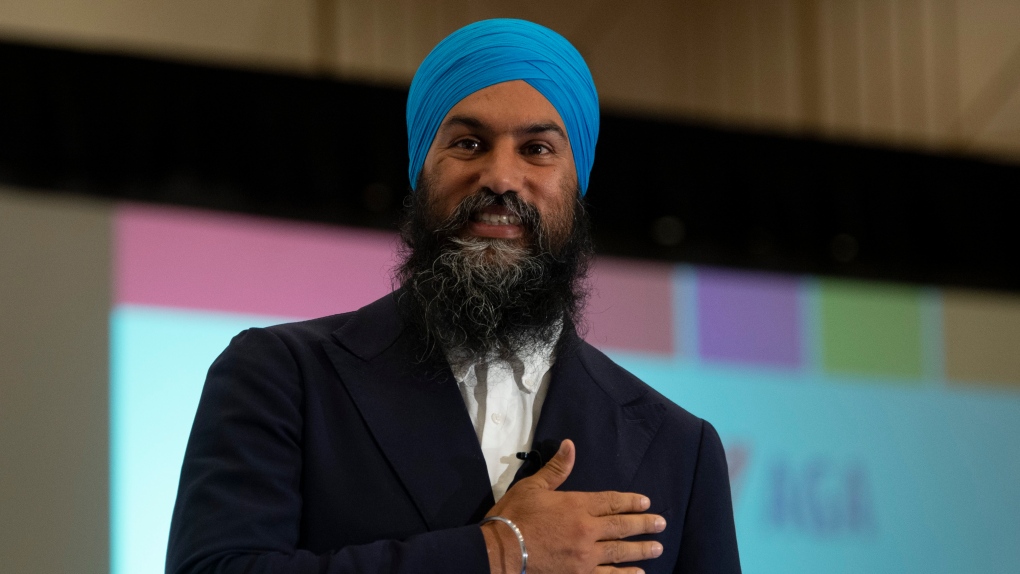 OTTAWA -- NDP Leader Jagmeet Singh says the province of Quebec offers the New Democrats "fertile ground" despite private hand-wringing about its current state ahead of the election.

Singh says in an interview he is "not concerned" about the party's prospects in the province, noting that former leader Jack Layton had similar poll numbers prior to the 2011 election when the NDP broke through in Quebec.

Singh, who was in Montreal on Monday, has moved on to Sherbrooke today, where the party is pledging to build a train between those two cities as part of a transit investment meant to combat climate change.

The summer tour comes as MPs and party members quietly wonder whether the party can be competitive in the election, given its protracted challenges with fundraising and morale.

Singh says the only public opinion poll that will count is the final poll on Oct. 21 when Canadians cast their votes, adding he is confident people will be paying more attention during the formal campaign.

All federal parties are setting their sights on the upcoming election and their outreach efforts in key electoral battlegrounds, including Quebec.