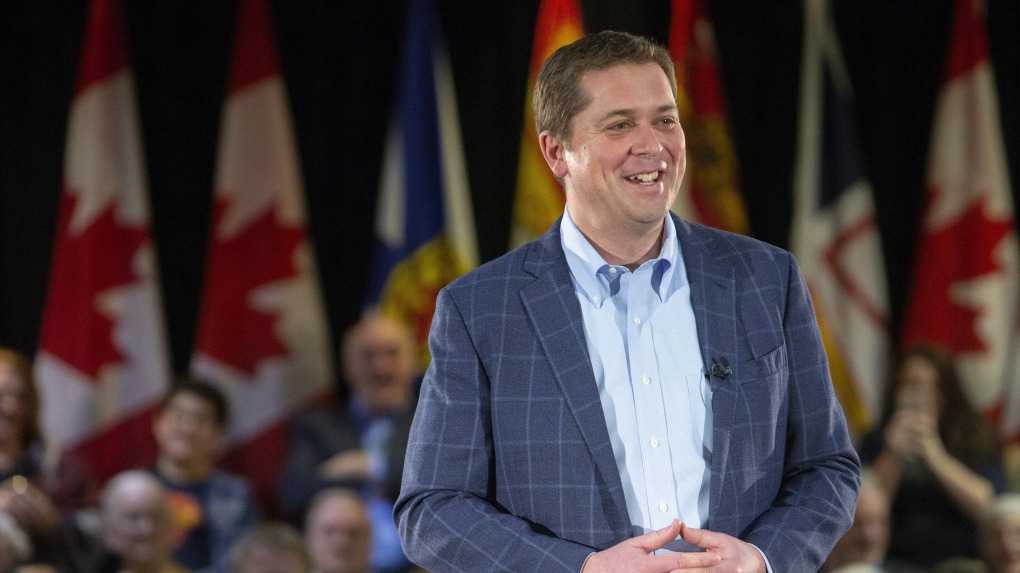 OTTAWA -- The long Canadian winter of 2019 was good for at least one thing: filling the war chests of the country's political parties.

The Conservative Party of Canada's first-quarter haul of $8 million is more than any party has ever raised in the first three months of a year. It exceeds the Tories' fundraising in the first quarter of 2018 by $2 million.

Conservative Leader Andrew Scheer attributes his party's financial prowess to having a message that is resonating with Canadians and believes it is a sign Canadians want a change in government.

The Tories raised more than double the Liberals' $3.9 million -- which is still the Liberals' best first quarter in three years, despite the party's struggles in the SNC-Lavalin saga.

Liberal spokesman Braeden Caley said all he has been asked by reporters in recent weeks is "how much of a hit we are going to take" as the fallout lands. Instead he says the party's intake was 16 per cent more than in the first three months of 2018, and the number of donors who gave money was up 15 per cent, to 33,290.

Former attorney general Jody Wilson-Raybould accused Prime Minister Justin Trudeau and senior members of his staff of inappropriately trying to convince her to offer a remediation agreement to SNC-Lavalin rather than pursuing a criminal prosecution of the firm for international bribery and fraud. Trudeau denies anything improper took place but Wilson-Raybould and Jane Philpott both left cabinet over the matter and were subsequently kicked out of the Liberal caucus.

Liberal poll numbers have plummeted since the allegations, but Caley said fundraising has risen. Both numbers were nevertheless lower than they were in the first quarters of 2015 and 2016, though.

Caley said the most successful fundraising emails so far this year have both been related to climate change.

The Liberals have only edged the Conservatives in the fundraising game in three of the 13 quarters since the last election, including the fourth quarter of 2015 when the election occurred, and the third and fourth quarters of 2016.

In total, the Conservatives have raised $11 million more than the Liberals since the 2015 election.

Caley said the Conservatives spend more to fundraise, meaning the gap between the parties' net proceeds after expenses is not as wide.

The Green Party of Canada had its best first quarter ever, bringing in $783,278, almost 50 per cent more than during the same period last year.

Greens have seen positive election results at the provincial level, including last week in Prince Edward Island where they will now form the official opposition for the first time anywhere in Canada. The Greens have provincial representatives now in British Columbia, Ontario, New Brunswick and P.E.I., as well as federal leader Elizabeth May's seat in Parliament.

Rosie Emery, the Green party's press secretary, said 2018 was a record-breaking year for the Greens' fundraising and things are already looking even better in 2019. She said since the Prince Edward Island election last week, the phones have been ringing constantly.

Spokesman Guillaume Francoeur said the party's policy convention in Ottawa in February 2018 contributed additional dollars a year ago, and that the 2019 numbers are 15 per cent higher once the convention revenues are removed.

"Our fundraising numbers continue to trend in the right direction, but more work needs to be done to bring in the change that Canadians need," Francoeur said.