Officials warned China, India could use communities in Canada to advance agendas 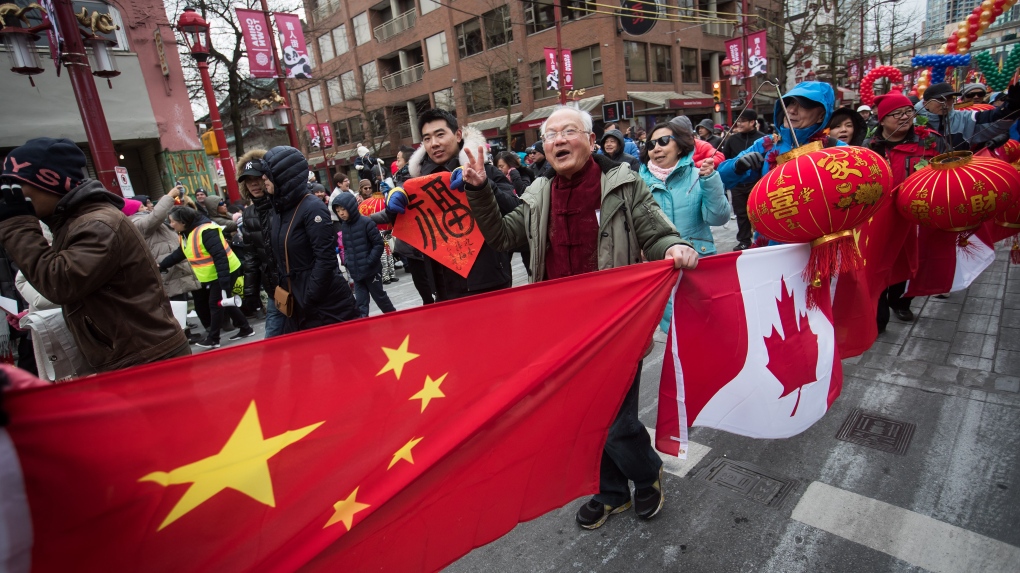 People carry Chinese and Canadian flags while marching in the Chinese New Year Parade in Vancouver on Sunday, Feb. 10, 2019. Some of the federal government's top bureaucrats have been warned about countries China and India trying to use their respective ethnic communities in Canada to advance their own agendas. (THE CANADIAN PRESS/Darryl Dyck)

OTTAWA -- Some of the federal government's top bureaucrats have been warned that China and India might try to use their respective migrant communities in Canada to advance their own interests.

The stark warning is in a secret report prepared for deputy ministers attending a retreat on national security last year that also flagged the challenge in preventing foreign countries from launching "hostile actions" against Canada.

Such actions include cyber-attacks, spreading of misinformation and using diaspora communities, either directly or indirectly, to steal technology, influence elections and target the Canadian economy and infrastructure.

Obtained by The Canadian Press through the access-to-information law, the report's release comes as the Liberals and Conservatives have sparred ahead of the fall election over the best way to deal with both China and India.

The report specifically cites the growing role Canada's Chinese and Indian communities are playing in all levels of government as a good thing and reflective of the increasing diversity of this country's political system.

However, it also warns of a risk of these communities being influenced -- either knowingly or not -- by foreign governments with their own agendas.