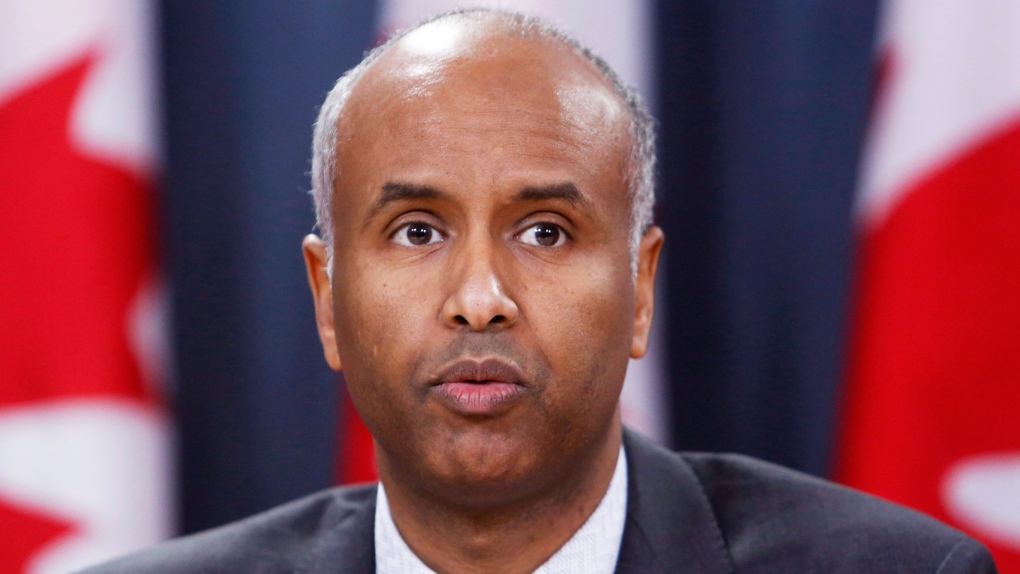 OTTAWA -- The federal immigration minister has ordered a review of the asylum process in Canada in a bid to speed up the system.

Ahmed Hussen said the review will examine how claims are currently handled and will look beyond reforms already being implemented by the Immigration and Refugee Board.

The government has brought in a retired senior bureaucrat, Neil Yeates, to oversee the review in concert with departmental officials.

The IRB is struggling with a rising influx of new asylum claims and also shortages of decision-makers and judges to handle the claims already in the system.

In recent months, it has moved to fast-track new claims from certain countries and shorten the hearing time for others, as well as redeploy staff to deal with backlogs.

Hussen said the in-Canada asylum system is key to Canada's tradition of offering protection to persecuted people and increasing the productivity at the IRB is important.

People need to know the government is committed to orderly migration, he said.

"Canada's asylum system must strike a balance between providing protection to those fleeing persecution and ensuring that the system is not misused by those who do not need Canada's protection," Hussen said in a statement.

"This independent review will identify options and recommended approaches to further increase productivity with respect to the processing of asylum claims."

A spotlight has been shone on the system in recent months as hundreds of people have illegally crossed into Canada from the U.S. in order to file asylum claims here.

But the board has been coping with a rising workload for over a year, with claims steadily rising since the Liberal government took office in 2015.