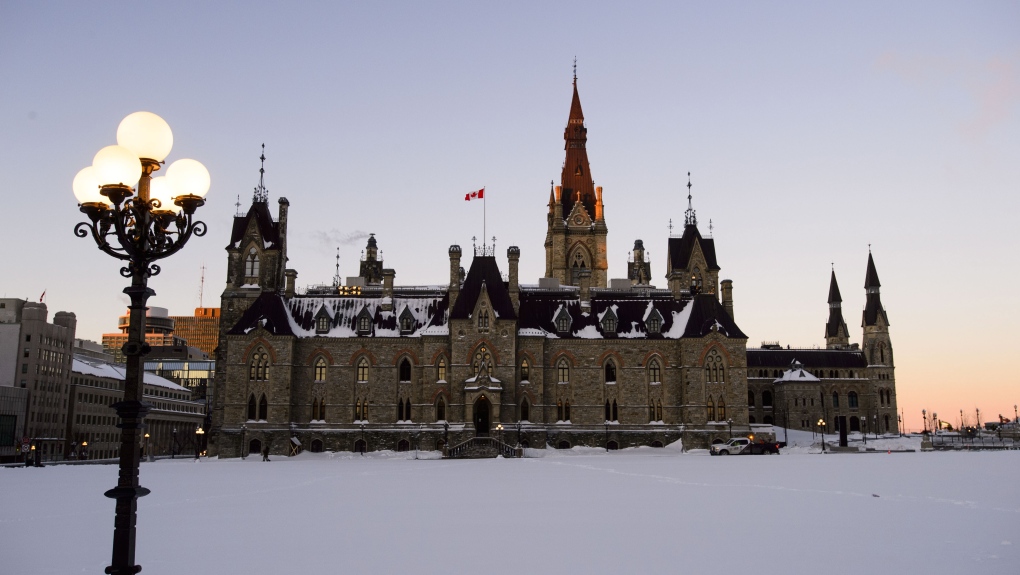 The newly-renovated West Block of Parliament started its first day in the temporary chamber in Ottawa on Monday, Jan. 28, 2019. THE CANADIAN PRESS/Sean Kilpatrick

OTTAWA -- For the third time in this minority Parliament, the Conservatives received cross-party support to pass their opposition day motion, this time calling on the House of Commons public safety committee to probe a recent parole board decision that they argue led to a young woman's death.

The motion passed unanimously with the backing of members from both sides of the Commons. It called on the House to condemn the recent Parole Board of Canada decision and have the committee conduct a review of changes made in 2017 to the parole board's nomination processes, "with the view to recommend measures to be taken to ensure another tragedy such as this never happens again."

The review is being called for after a convicted murderer on day parole allegedly killed a 22-year-old sex worker in Quebec City last month.

The House of Commons spent the majority of Tuesday debating this motion and it took a contentious turn during the deliberation when Conservative MP Arnold Viersen asked NDP MP Laurel Collins if sex work is an "area of work" she has ever considered. Viersen later apologized "unreservedly," but his remarks garnered considerable attention and condemnation.

Public Safety Minister Bill Blair signaled that the government would be backing the bill during question period on Tuesday, saying that the Liberals support "the full examination of this matter by the public safety committee."

Blair also noted that a federal investigation has been launched into the case "to deal with any issues of misconduct, negligence or error, but also to examine our policies, procedures and training that direct the work of the Parole Board and others involved in these decisions."

Blair said those findings will be made public.

"We want to make sure that we get the facts and get to the bottom of this," he said.

In a joint statement, Conservative public safety critics Pierre Paul-Hus and Glen Motz condemned the Parole Board’s decision, saying that allowing "a convicted murderer, with a history of domestic violence, out on day parole so that he could meet women in order to address his sexual needs," was "senseless and unjustified."

"The Liberal appointed Parole Board members demonstrated a clear lack of judgment in this case and must face consequences," their statement said.

The Conservatives are now looking to expand a recently re-tabled bill that would require federal judges to partake in sexual assault law training, to include parole officers and parole board members.