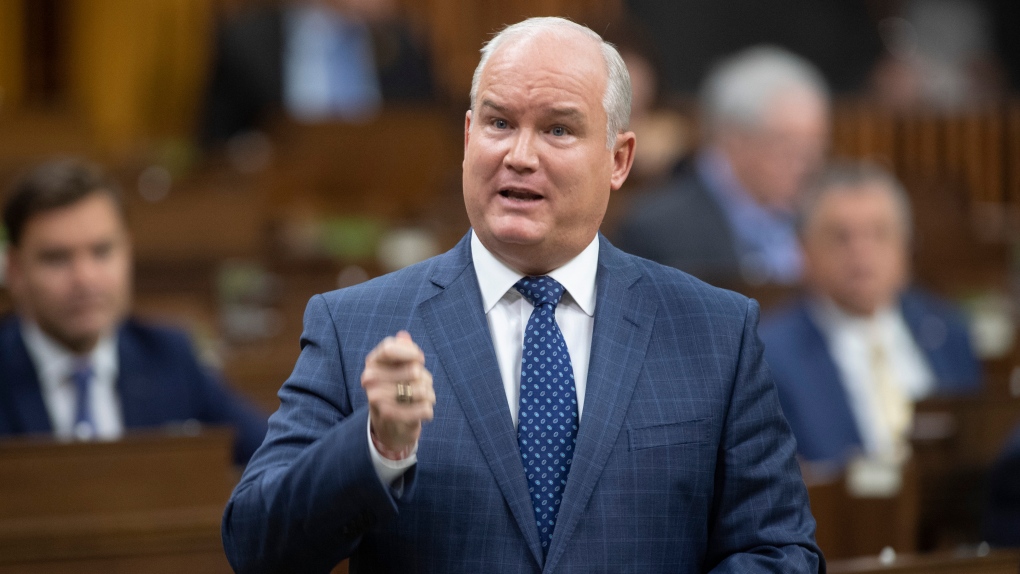 Leader of the Opposition Erin O'Toole rises during Question Period in the House of Commons Monday October 5, 2020 in Ottawa. THE CANADIAN PRESS/Adrian Wyld

OTTAWA -- The House of Commons has given approval in principle to a bill that would outlaw the discredited practice of conversion therapy.

But the 308-7 vote has exposed divisions within Conservative ranks.

Conservative Leader Erin O'Toole voted in favour of the bill.

But seven of his MPs voted against it, two abstained and eight others made it clear they were supporting it only grudgingly for now, in hopes that it will be amended by the Commons justice committee.

The bill would criminalize the practice of forcing children or adults to undergo therapy aimed at altering their sexual orientation or gender identity.

Some Conservatives have expressed fears the bill would outlaw conversations between parents and their children or counsel from religious leaders.