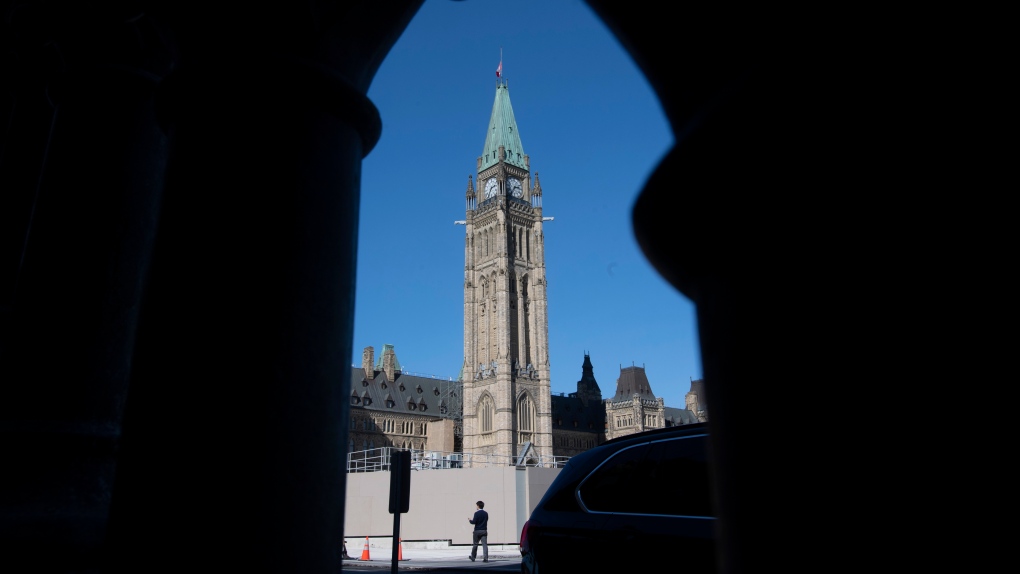 OTTAWA -- Intolerably suffering Canadians who are not near the natural end of their lives now have the right to seek medical assistance in dying.

And that will eventually include people suffering solely from grievous and irremediable mental illnesses.

The expansion of Canada's assisted dying regime went into effect Wednesday night after the Senate accepted a revised version of Bill C-7.

The bill received royal assent a few hours later -- just over a week ahead of a final March 26 deadline imposed by the court, which had granted four extensions to bring the law into compliance with a 2019 Quebec Superior Court ruling.

People suffering solely from mental illnesses will have to wait two years to gain the same right.

The government had originally intended to impose a blanket ban on assisted dying for people suffering solely from mental illnesses. But, under pressure from senators who believed that exclusion was unconstitutional, it subsequently put a two-year time limit on it.

In the meantime, the government committed to setting up an expert panel to advise on the safeguards and protocols that should apply to people with mental illnesses.

The government rejected a Senate amendment to allow people who fear losing mental competence to make advance requests for an assisted death.

But it committed to launching within 30 days a joint parliamentary committee to review that issue and other unresolved matters, including whether mature minors should have access to the procedure.

"For Canadians who are suffering intolerably, this process has taken too long, but their wait is now over," Justice Minister David Lametti tweeted shortly after the bill received royal assent.

"This is an important milestone but there is more work to do."

The bill was triggered by two Quebecers with severe disabilities who went to court to successfully fight for their right to choose an assisted death even though their natural deaths were not "reasonably foreseeable."

But disability rights groups have strenuously opposed the bill, arguing it devalues the lives of people with disabilities, particularly those who are Black, racialized, Indigenous or otherwise already marginalized and face discrimination in the health system. They fear such vulnerable people will be pressured -- either directly or indirectly through societal attitudes and lack of support services -- to end their lives prematurely.

Many mental health advocates have also weighed in against the eventual inclusion of people suffering solely from mental illnesses. They argue that it's harder to predict the outcomes of mental illnesses, many of which can be treated, and point out that a wish to die is often a symptom of these illnesses.

But Sen. Stan Kutcher, a psychiatrist and member of the Independent Senators Group who first proposed a time limit on the mental illness exclusion, argued that all competent Canadians suffering from irremediable and grievous illnesses, physical or mental, deserve the right to make their own choice.

"It is not for us to decide if a person's suffering is intolerable to them," he told the Senate shortly before the vote.

Dying with Dignity Canada welcomed the Senate's sign-off on the bill, calling it "a momentous day for end-of-life rights in Canada."

All 20 Conservative senators voted against the bill, several because they believed it didn't go far enough but most were fundamentally opposed to expanding the assisted dying regime, particularly to those with mental illnesses.

In an emotional speech just before the vote, Conservative Senate leader Don Plett pleaded with his colleagues to reject the bill.

"If there was ever a time to exercise sober second thought, it is now," he told the Senate.

"It is not often that we can truly say that with this vote we have the opportunity to save lives, to prevent the unnecessary premature death of the vulnerable, to offer hope to those who have lost it. But today we do."

For people who are near the natural end of life, the bill relaxes some of the rules for getting an assisted death.

It drops the requirement that a person must be able to give final consent immediately before the procedure is performed. That's intended to ensure that someone who has been approved for the procedure won't be denied if they lose mental capacity before it can be carried out.

It also drops the requirement that a person must wait 10 days after being approved for an assisted death before receiving the procedure. And it reduces the number of witnesses required to one from two.

People not near death will face higher hurdles.

Among other things, they'll face a minimum 90-day period for assessments of their requests for an assisted death. They'll have to be made aware of all alternatives, including counselling and they'll have to be able to give final consent immediately before receiving the procedure.

This report by The Canadian Press was first published March 17, 2021.