Smell test may be effective in early detection of Alzheimer's 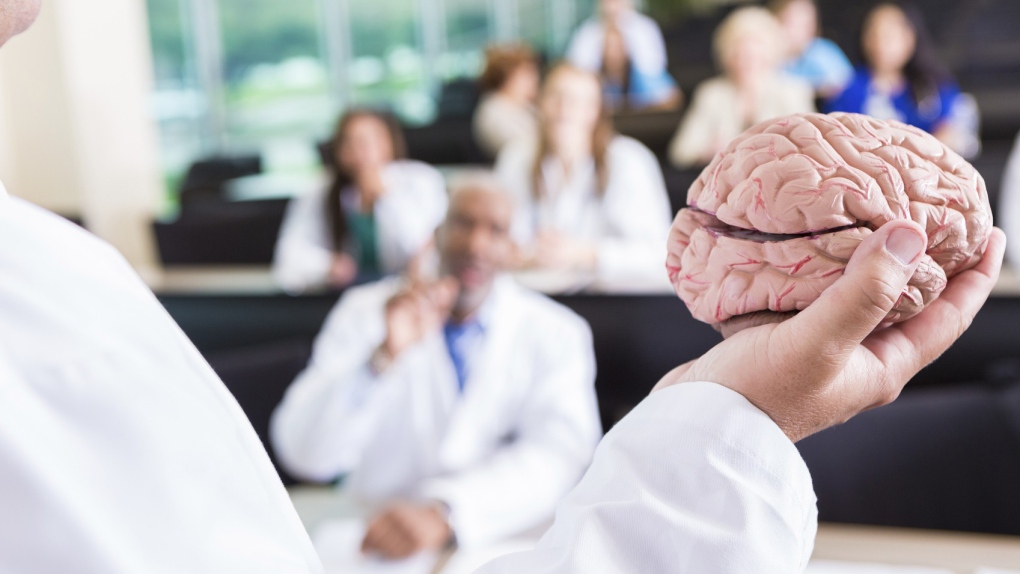 Smell identification tests and tracking physical changes in the eye may help detect the beginning stages of Alzheimer's disease, according to several studies presented at the Alzheimer's Association International Conference in Toronto.

Smell identification tests and tracking physical changes in the eye may help detect the beginning stages of Alzheimer's disease, according to several studies presented at the Alzheimer's Association International Conference in Toronto.

Two studies from members of the Columbia University Medical Center looked at changes in odour identification as an early predictor of a transition to dementia. Another two other studies looked at the association between changes in the eyes and a connection to Alzheimer's disease.

In the first smell-test study, researchers gave scratch-and-sniff strips to 397 patients who had an average age of 80, asked them to identify the smell, and tracked the results over four years.

Those who were diagnosed with dementia scored lower on the odour identification scores. Fifty people were shown to have transitioned to dementia and roughly 20 per cent of all patients were labelled as "cognitive decliners."

"These findings support odor identification as an early predictor, indirectly suggesting that impairment in odour identification may precede thinning in the entorhinal cortex in the early clinical stage of Alzheimer’s disease," Seonjoo Lee, the presenting author, said in a release.

Beta amyloid is a protein that makes up plaques in the brain, considered one of the hallmarks of Alzheimer's, while cerebrospinal fluid proteins is a fluid that cushions the brain and spinal cord.

Eight-four participants -- 58 with amnestic mild cognitive impairment -- who had beta amyloid scans or had a lumbar puncture with at least six months follow-up took part.

In a follow-up, 67 per cent of participants showed memory decline with scans and lumbar punctures more accurately predicting a decline while the smell identification test didn't.

However, participants with a smell identification score of less than 35 were more than three times likely to have memory decline than those with a score higher than 35.

The odour test is cheaper and easier to administer than PET scans and may be a useful tool to help counsel patients in the future, Dr. William Kreisl, the presenting author, said in a release.

For the first of two studies examining the eye, researchers from Moorfields Eye Hospital, UCL Institute of Opthalmology, the Topcon Advanced Biomedical Imaging Laboratory and the University of Oxford examined the link between cognitive ability and the thickness of the retinal nerve fibre layer.

The retinal nerve fibre layer is formed by the fibres of the optic nerve and is known to decrease with age.

In the study, 33,608 participants underwent testing and had to answer a questionnaire.

Those with thinner retinal nerve fibre layers showed in abnormal cognitive tests and were associated with a poorer ability of numeric abilities, verbal reasoning and reaction time.

The second study looked at changes to the retina with a focus on detecting the presence of amyloid protein deposits in the retina using a polarized light, as an alternative to undergoing an expensive scan.

Researchers and doctors from the University of Waterloo, University of British Columbia, the University of Rochester, Massachusetts General Hospital, Vivocore Inc. and Intervivo Solutions compared amyloid deposits in the neural retina of humans and in a canine model of Alzheimer's and looked at how visible the deposits were.

Officials with the Alzheimer's Association say the studies give hope to using cheaper and non-invasive measures to detect Alzheimer's disease earlier than it currently is.

"Using other biomarkers of Alzheimer’s disease to detect the disease at an earlier stage -- which have the potential to be lower-cost and non-invasive -- could lead to dramatic improvements in early detection and management of the disease," said Heather Snyder, director of medical and scientific operations with Alzheimer’s Association, in a release.